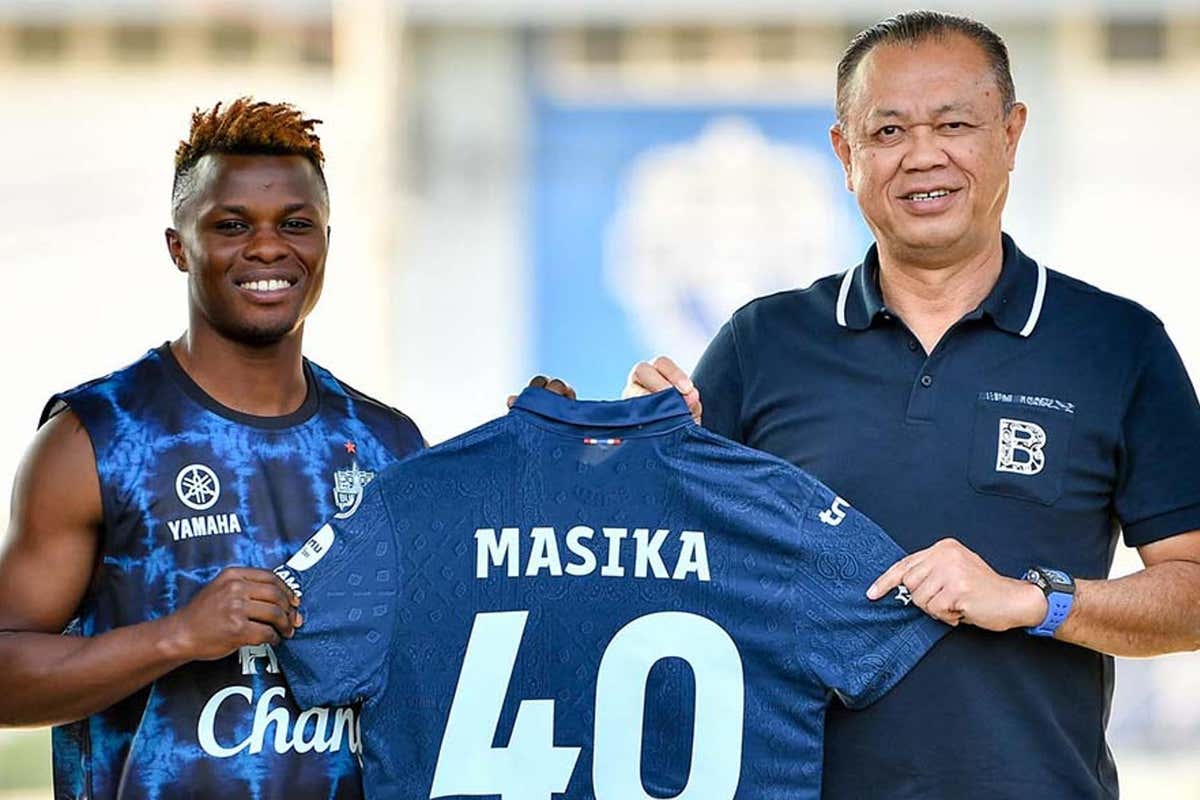 The Thunder Castle who will kick start their campaign on January 8, are already preparing for the next season with a decent signing.

In an official statement on the club’s website, the Thunder Castle revealed the acquisition of the former Vissel Kobe star but did not include the duration of the contract signed by the Kenyan.

The Kenyan winger Timbe also confirmed his move to Buriram on his social media pages stating. “I am very happy and excited with this new chapter Buriram United and Buriram family, thank you all for your support and trust. Let’s go.”

Timbe has been without a club since August when he parted ways with Vissel Kobe in the Japanese Super League after only five months with the team.

Timbe’s latest move to Thailand could boost his chances of making a return to the Harambee Stars, having been overlooked for the teams 2022 FIFA World Cup qualifying campaign where they failed to reach the play off after finishing third in their group.