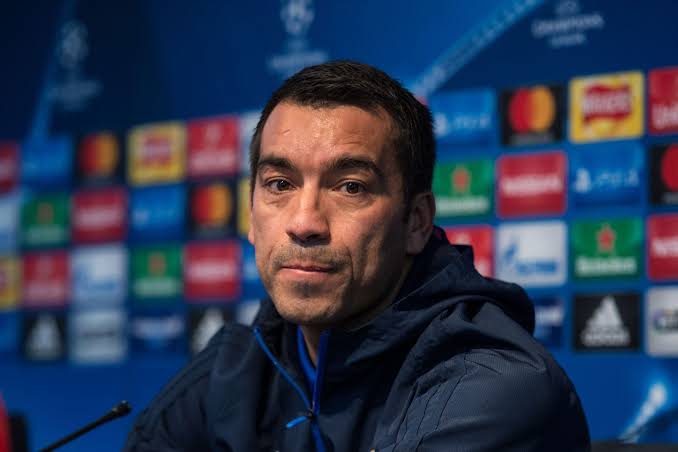 Following Gerrard’s departure to take charge of Aston Villa on Thursday, the Scottish champions have been hunting around for a successor.

The Scottish Premiership champions on Saturday morning in London, held talks with the 46 year old as the search for a new manager continues.

Reports in the camp of Rangers has it that, former Aberdeen gaffer Derek McInnes and former Rangers player Gennaro Gattuso are not considered by the Ibrox club.

While the duo of McInnes and Gattuso are not considered, it is believed that the Scottish champions will still hold talks with other shortlisted candidates over the course of this weekend.

The leading candidate Van Bronckhorst, led Feyenoord to KNVB Cup success in his first full season in charge, before he went on to win the Eredivisie title the year after which is the club’s first in 18 years.

The Dutchman his not new to the Ibrox fans, he played for Rangers between 1998 and 2001, winning five trophies including two league titles.

Rangers leads the Scottish Premiership with four points after 13 games of the league campaign, it will be interesting to see who Gerrard’s successor will be.