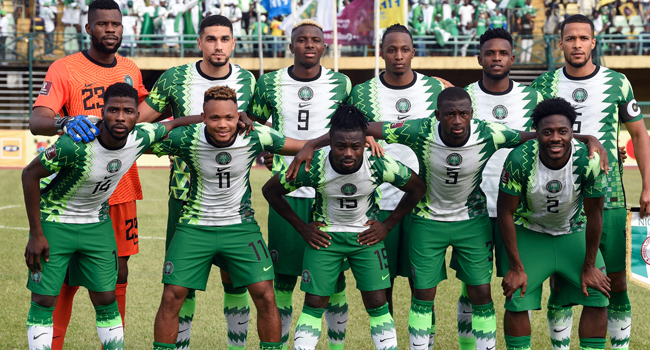 Former Nigerian midfielder, Henry Nwosu has advised the Super Eagles to avoid any form of complacency against Liberia in the forthcoming 2022 FIFA World Cup qualifiers.

Recall that Nigeria are top of Group C on nine points while Cape Verde sit second on seven points, CAR and Liberia are third and 4th respectively.

In an interview with ThisNigeria, Nwosu urged the 2013 African champions to avoid complacency in the game as any team playing against Nigeria often put in an extra effort aimed at recording an upset against the country.

I think Super Eagles should learn from their first leg experience with the Central African Republic, that in modern football no team is a pushover. And every team playing against the Eagles want to record victory against them.

“Also, they should have it at the back of their mind that dropping points at this crucial stage of the qualifiers could spell doom for their 2022 World Cup dream.”