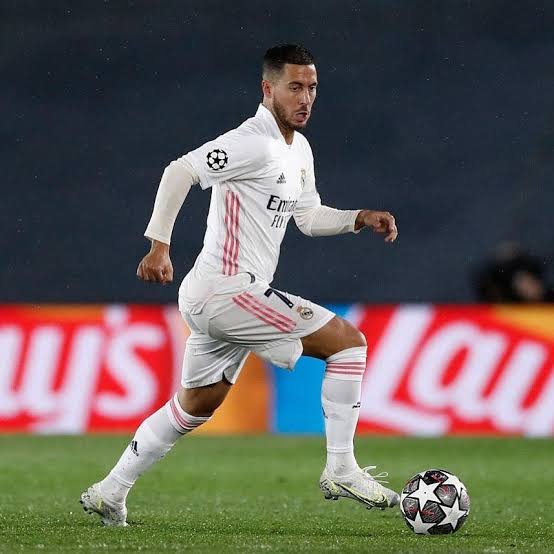 Belgium boss Roberto Martinez has admitted to having some concern about Eden Hazard’s lack of game time at Real Madrid this season, despite his recent upturn in fortune and appearances.

The former Chelsea star has started to find himself featuring in Carlo Ancelotti’s plans at the Santiago Bernabeu, but Martinez is hoping to see his star player get even more minutes going forward.

In an interview with Eleven Sports the Belgium boss Martinez said: “His lack of matches is a concern, of course it’s new for him to be in a situation like this and that can be tough.”

“I see that he is recovered now. He played very well against Estonia and he doesn’t think that he’s going to feel pain. He’s not feeling pain now and he’s moving freely.”

“I see him trained, the way he tries to overcome challenges. He’s facing a different challenge in his career now.”

The Spaniard continued to explain that his priority was seeing Hazard make a full recovery and to get back to his best, but added his belief that the player is already over his injury problems.

Martinez even added that it is too early to be concerned about the about 2022 World Cup in Qatar, explaining that there’s a lot of time yet for Hazard to find more regular playing time to reach that tournament at the top of his game.

Hazard hasn’t had it easy under the Italian this season, but with Rodrygo and Asensio’s recent absences have seen him start consecutive games against Athletic Bilbao and Cadiz, making a good impression.

I Was Given Limited Chance To Impress At Barcelona – Cucurella