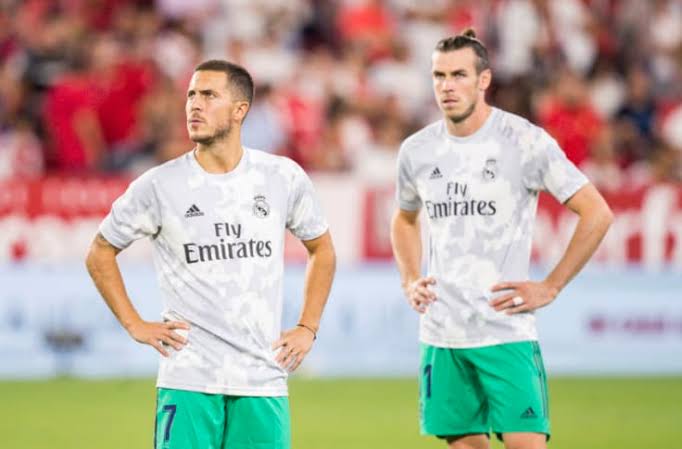 Gareth Bale has been put up for sale by Real Madrid’s hierarchy ahead of the January transfer window, according to reports.

The Welshman has not featured for Los Blancos since August and is not expected to extend his contract which expires at the end of the season.

The winger has been a regular starter at the Bernabeu since 2018-19 season, making just three appearances this term after spending the last campaign out on loan at Tottenham Hotspurs.

The 32 year old has won countless trophies with Spanish giant since arriving in 2013, including four Champions League and two LaLiga titles in Madrid’s jersey.

However, despite his eight trophy laden years with the club Bale and six other players are the main candidates to be offloaded by Los Blancos in January.

Players included in the list for sale are Mariano Diaz, Luka Jovic, Eden Hazard, and club captain Marcelo, ahead of transfer window opening in January with Madrid prioritizing the sale of Bale and Isco.

The 29 year old Isco has struggled for game time this season with just seven league appearances, and is also out of contract in June.

While former Chelsea star Eden Hazard has struggles to hit the ground running at the club, following his mega money move from Chelsea in May 2019.

Left back Marcelo has been almost synonymous with Los Blancos fans for over a decade, but he has made just five appearances with a total of 140 minutes for Real Madrid this term after falling behind Ferland Mendy.

While we wait until January, it’s left to be seen which clubs in Europe would come knocking on Real Madrid’s door for the signature of the players listed to be sold out in the January transfer window.

Roberto Martinez – Hazard’s Lack Of Games Is A Huge Concern