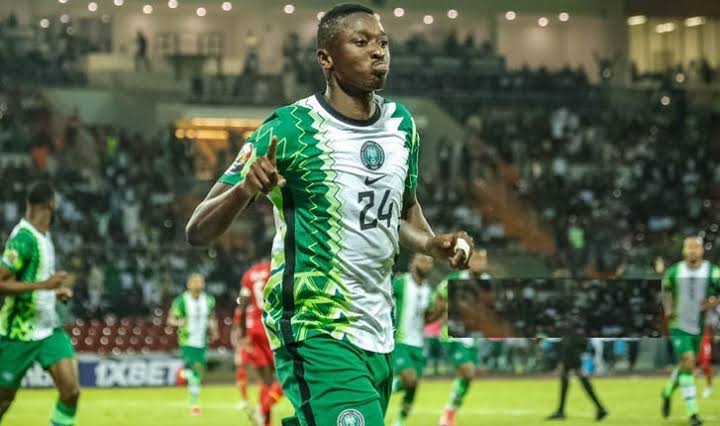 The Almeria forward while speaking from his base in Spain couldn’t hide his happiness at being a part of the Super Eagles squad that represented the country at the just-concluded 2021 Africa Cup of Nations in January.

Umar alongside Huesca’s Kelechi Nwakali and Enyimba’s John Noble were the three players, who were yet to make their international debuts, but were included in the team that travelled to Cameroon for the tournament.

The 25-year-old made his first appearance and AFCON debut for Nigeria at the 33rd edition of Africa’s football showpiece, scoring in the 3-1 win over Sudan in the second game of the group phase.

In a quote published by estadiodeportivo, the former AS Roma player said it was a dream come true to have represented the country at the AFCON.

“I also missed being here. At that time I needed to play with Almería. In the end, I love my country.”

“It was a dream to be able to represent the national team. Right now I’m here and I hope to be able to give my best for our fans and team.

“I have lived a dream that came true: first I debuted; I managed to score my first goal … we had very special moments that I felt.”

“What I want is for it to last over time. We have to keep progressing and be able to continue defending my country’s shirt.”