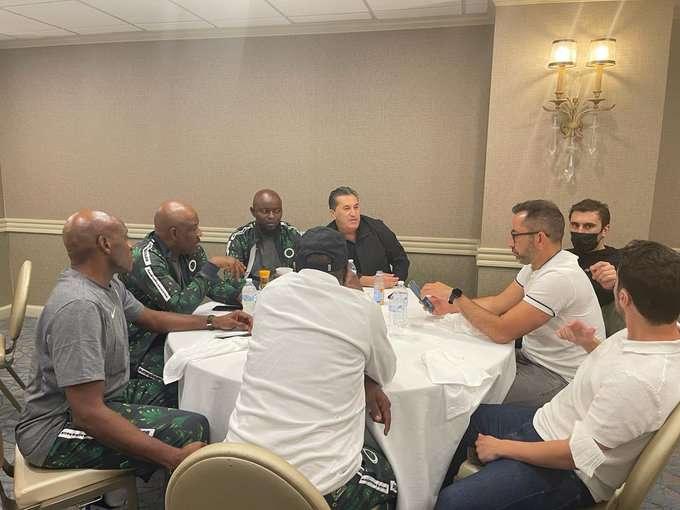 Super Eagles new boss Jose Santos Peseiro officially resumed yesterday when he arrived at the camp of the three-time Africa champions in Dallas, USA where they are billed to play international friendlies with Mexico and Ecuador.

Peseiro was appointed on May 15 to replace Franco-German coach, Gernot Rohr who was sacked in December 2021 following unsatisfactory performances with the Nigerian senior national team.

His immediate assignment is to lead the Super Eagles in the double friendly matches against CONC powerhouse Mexico on Saturday, May 28 and Ecuador on June 2 in Los Angeles.

The former Saudi Arabia and Venezuela manager will be expected to hand debut appearances to some of the Nigeria Professional Football League Stars who arrived at the team’s camp on Wednesday for the two friendly matches.

Some of the home-based players already in the camp of the Super Eagles are goalkeepers Adewale Adeyinka, Ojo Olorunleke, Ibrahim Buhari, Chiamaka Madu, Victor Mbaoma, and Ishaq Rafiu Kayode.

Meanwhile, the Portuguese tactician’s first competitive match with the three-time African champions will be on June 9 against Leone Star of Sierra Leone in the 2023 African Cup of Nations qualifier.