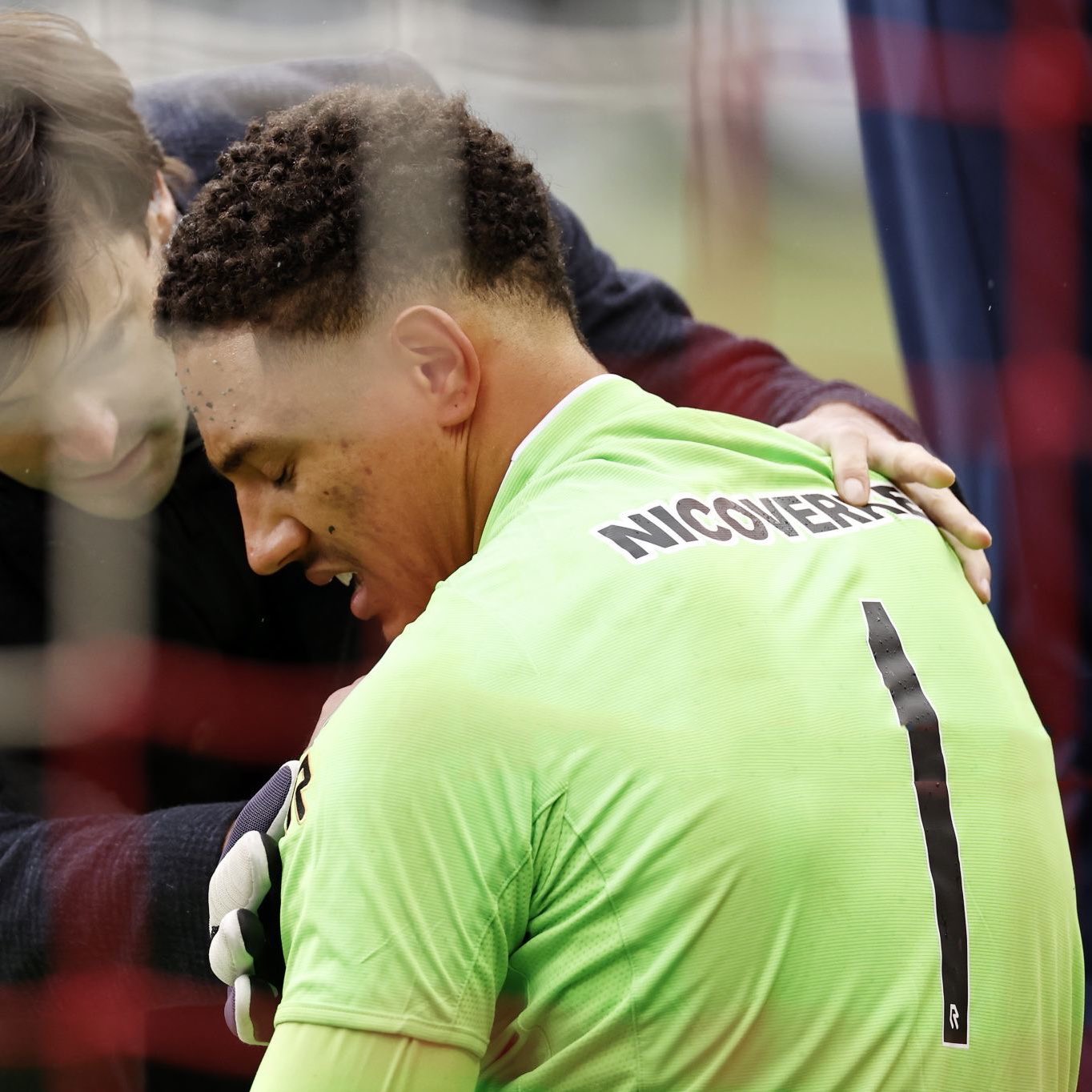 Maduka Okoye is calm over his injury situation and is confident he will be able to feature against AZ Alkmaar this weekend.

Okoye picked up a shoulder injury in Sparta Rotterdam’s 1-0 defeat to Ajax Amsterdam on Sunday.

The Nigeria international was replaced by Benjamin van Leer in the 24th minute of the encounter following the setback.

There were initial fears that the shot stopper could be set for a lengthy spell on the sidelines which also put his participation at the 2021 Africa Cup of Nations in doubt.

The 22-year-old has however stated that he would be fit for Castle Lords next league game on Sunday.

“SpartaRotterdam goalkeeper Maduka Okoye just informed us that his shoulder injury is not that bad. The keeper expects to be able to play against AZ again next Sunday. Okoye had to be sidelined against Ajax with pain,” Dutch online news hub Rijnmond Sport tweeted.

He has made 14 league appearances for the Castle Lords this season.