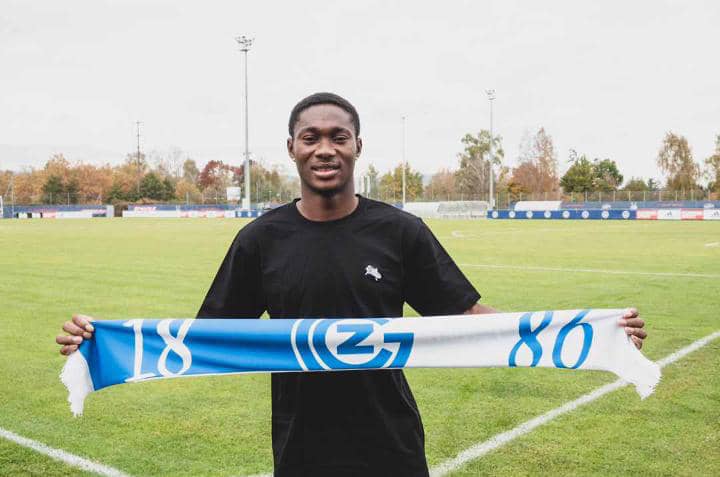 Former Heartland FC striker, Francis Momoh, has extended his stay with Zurich side, Grasshopper, until 2024; the club announced on its official website shortly after a brief ceremony on Friday.

Having moved outside the shores of the country in 2019, Francis played majorly for the U-21 side of Grasshoppers during his first two years at the club and has only had two goal contributions in eight competitive outings this season with one goal and assist.

The Technical Director of Grasshopper Club Zurich, Seyi Olofinjana, speaking after the formalities, expressed the club’s delight and readiness to work with the 20-year old.

“We are happy to be able to lay the foundation for a young but very competitive team for the future with Momoh. The Grasshopper Club Zurich is looking forward to further collaboration with Francis Momoh.” The former Super Eagles midfielder said.

On his part, Francis Momoh noted that he is willing to work hard and contribute positively to his team and make his presence count.

“Done and dusted. Only God made it possible and I am always ready to give my best for the team to win. Thanks to my family and real friends for the constant support.” He stated.