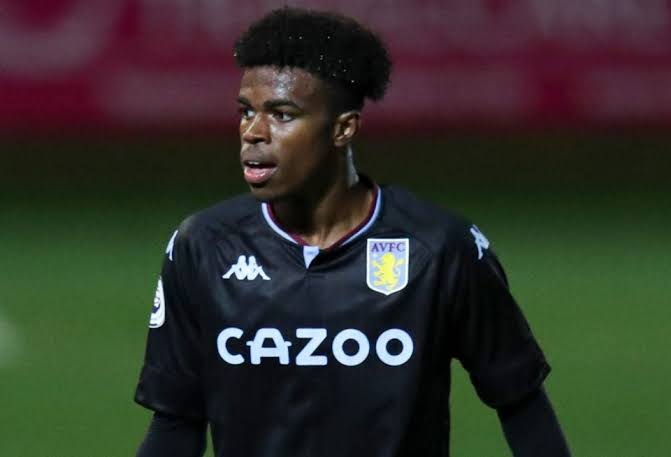 Aston Villa’s Nigerian decent, Carney Chukwuemeka has told his club’s management that he will not sign a new contract amidst interests from England’s top clubs.

The 18-year old Austrian-born midfielder, but of Nigerian parentage is highly regarded as one of England’s finest young stars, and after coming through the ranks through youth football, he’s become a major revelation for Steven Gerrard’s new clubside.

Having registered three Premier League appearances to his name, one of which came earlier this season, The Guardian reported that the youngster is unimpressed with his lack of first-team opportunities and believes that new manager Steven Gerrard, with whom his relationship is fine, is set to rely on more experienced players instead of giving a chance to the younger players in the squad.

As a result, he has decided that he will not be signing a new contract and, with his deal expiring in the summer of 2023.

The list of suitors for Chukwuemeka is enormous. In the Premier League, the midfielder has attracted interest from Manchester United, Manchester City and Liverpool, while most other sides would throw their hat in the ring if he actually became available.

German giants, Bayern Munich and Borussia Dortmund are said to have shown interest in the young midfielder.