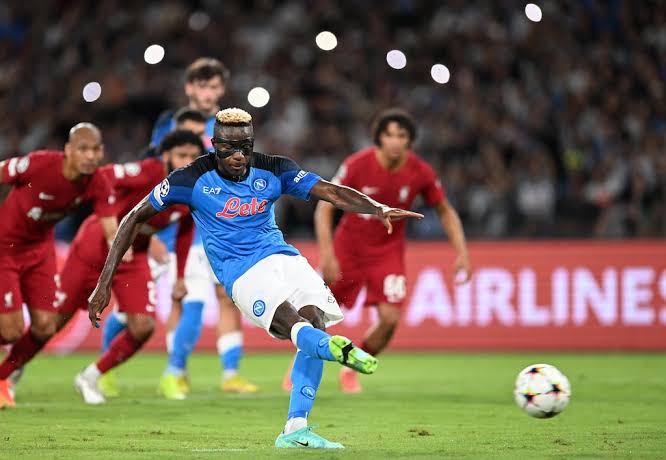 Napoli have been handed a major boost after reports emerged that Victor Osimhen would be available for the club’s next UEFA Champions League game against Ajax on October 4.

The Nigeria international sustained a hamstring injury in Napoli’s 4-1 battering of Liverpool in their Group A opening game of the Champions League Sept 7, before he was replaced just four minutes to the end of the first 45 minutes

The initial report suggested that the Super Eagles striker would be out for three weeks.

However, in the latest report by Italian publication Tuttonapoli on Tuesday, the former Lille forward is likely to return in time for Luciano Spalletti’s side’s encounter against the Dutch champions.

“Victor Osimhen could see himself on the pitch for the Champions League match against Ajax,” the website wrote.

“We will have to wait a little longer to see Osimhen on the pitch, with the hope of using him for a few minutes on October 4 in Amsterdam in the Champions League against Ajax and certainly from the first minute on October 9 at Cremonese’s home.”.

Related Topics:LiverpoolNapoliNigeriaVictor Osimhen
Up Next