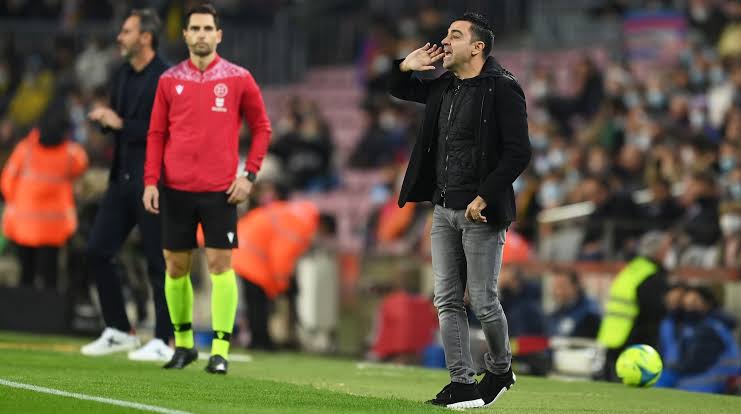 Newly appointed Barcelona manager Xavi Hernandez got off to a winning start against city rival Espanyol at Nou Camp with a 1-0 victory on Saturday.

A spot kick from Netherlands international Memphis Depay set the ball rolling for the Catalan, as they set to keep in touch with other big sides at the top of LaLiga Santander.

Xavi did admit after the game that there’s still a lot of work to be done with his team, but he’s confident that they’ll keep improving despite not having it all their own away against Espanyol.

The Barcelona legend further said while speaking with the media, “We had to suffer to get result.”

“They’re a great team, they’re organized and play well, it’s difficult to create chances against them and it was difficult for us to be honest.”

“It’s still early and we haven’t been able to work much with the group, but I’m happy with their attitude and satisfied with the results but it was hard work”.

“There are no easy games nowadays, but we need to improve. The excitement from the fans has helped a lot.”

“I’m happy with the work rate and I think the team gave everything. We’ll improve as time passes.”

The Catalan giant now sit sixth on the table one behind Real Betis who are in fifth, and their next game in LaLiga Santander would away to Villarreal next weekend.