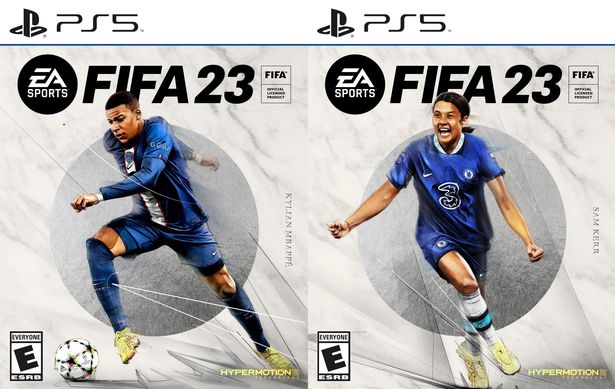 Superstars Kylian Mbappé and Sam Kerr have both been used to grace the cover for EA Sports FIFA 23 Ultimate Edition. They also appear in solo covers for the same game.

In a statement, VP Brand for EA Sports FC David Jackson shared that the two athletes are considered generational talents and having them on the cover is not only a monumental moment for the franchise but also for the whole of EA Sports.

He added that FIFA 23 is the most innovative and feature-packed title so far.

Being on the cover of a video is not the first time for Paris Saint-Germain striker Kylian Mbappé.

In fact, for the global football icon, this is his third year in a row. This makes him one of the few athletes to have that status.

Talking about being on the cover, Mbappé shared that he was thrilled to have been chosen for the third time as the cover of a FIFA game.

He added that what made it even more exciting was to be able to share it with an athlete like Sam Kerr.

Then again, it’s not really that surprising considering that this Chelsea FC forward is one of the sport’s most talented stars.

She serves as the captain of the Australia Women’s National Team and so far, is the only female player to have won the Golden Boot in three different leagues and on three different continents.

Kerr revealed that it has been an honor and a dream come true to be on the cover of FIFA 23. She went on to say that she’s excited for fans to get a copy of the game.

FIFA 23 is set to be released this September on PC, PlayStation 4, PlayStation 5, Xbox One, Xbox Series X/S, and Stadia.