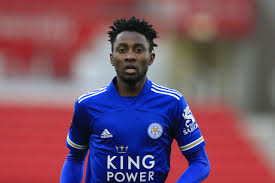 Manchester United and Real Madrid are expected to battle for the signature of Wilfred Ndidi next summer.

According to Mundo Deportivo, the two European giants are desperate to sign the Leicester City midfielder.

The 24-year-old is one of the best in his position in the Premier League.

Manchester United are keen to bolster their midfield with the likes Fred, Paul Pogba and Nemanja Matic struggling for consistency this season.

Real Madrid, meanwhile, are eager to bring in younger midfield options to cover the likes of Luka Modric and Toni Kroos.