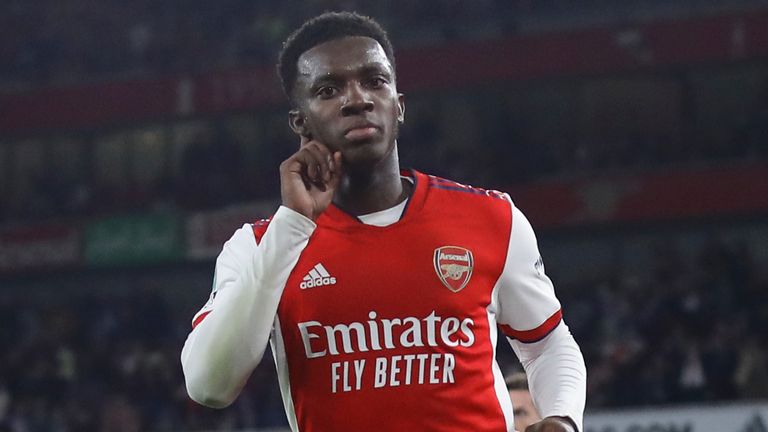 Arsenal striker, Eddie Nketiah has declared his intention to leave the Emirates at the end of the season.

This is after the player has failed to agree a new contract at the Emirates.

The 22-year-old is in the final year of his contract with Arsenal and has resisted Arteta’s attempt to persuade him to stay.

According to the report, the player wants to leave by January when Arsenal can still make something from his departure as they will lose everything if he does leave on a free transfer next summer.

Mikel Arteta’s side would want to cash in on the player in January with Crystal Palace and Borussia Monchengladbach interested in having him.

The player is frustrated for the fact he has made the squad just ones this season as a substitute in the Premier League game against Watford just before the international break.

He made two appearances this term, both came in the Carabao Cup, scoring in games against AFC Wimbledon and Leeds.

The striker has scored 15 goals in 28 starts for Arsenal with a further 29 appearances coming off the bench.

2022 WCQ: Fashanu Urges Eagles To Be Clinical In Front Of Goal