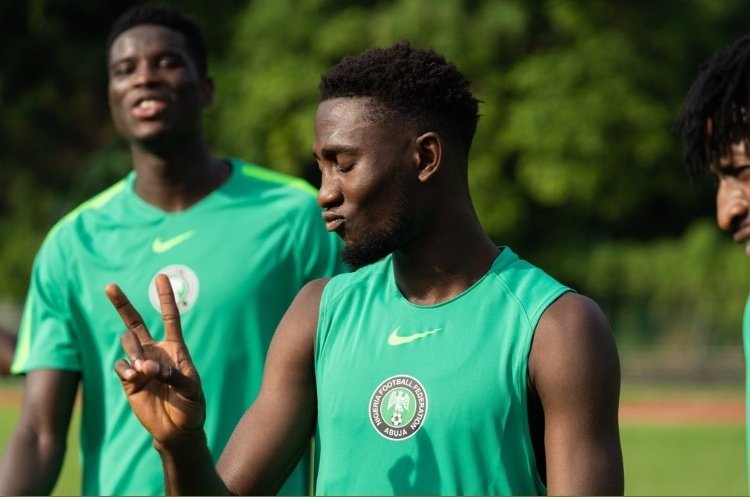 The match would see the giants of Nigeria tested by Liberians at the weekend with goals expected from the home side.

With quality expected on the pitch from the Nigerian side, there would be no hiding place for Liberia even as Nigeria was 2-1 winners the last time both sides met on the international scene.

Goals from Super Eagles outcast Simy (Simeon Nwankwo) and Henry Onyekuru was enough for Nigeria on that occasion back in 2018.

While Isagoal.com evaluates three (3) Nigerian players who could find the back of the net against Liberia.

The talented goal-scoring talent would be expected to lead the attack for the Super Eagles.

What would be in view based on certain match permutation is whether he would be accompanied by the experienced and returning striker Odion Ighalo in the attack for Nigeria.

For sure he would be expected to find the back of the net while it remains to be seen if he would net a brace or hat trick against Liberia.

But for Nigeria, he’s one of the keyguards in Gernot Rohr’s led side gunning for victory against the Liberians.

Having scored twice against the Liberians in Lagos to seal Nigeria’s 2-0 home win, he would be expected to be on the score sheet especially if he starts from the onset.

While his sublime passes and intelligent moves will be needed in transition for the Super Eagles.

And Liberia must keep an eye on him to avoid being embarrassed early on as we get to the latter stage of the qualifiers.

Ighalo could find the back of the net here against Liberia while we expect his talent and experience to be in the forefront for this match.

He must perform creditably well especially with a goal to his name otherwise he would be targeted with criticism following his return to international football for the Super Eagles.

But the 32-year-old have the class and the ability to deal with this issue as a professional while he’s supposed to thrive in the attack by all means in the game.

Three promising players with defining agenda for Nigeria against Liberia

Odion Ighalo vs. Victor Osimhen; Who should wears the number nine shirt for Nigeria?