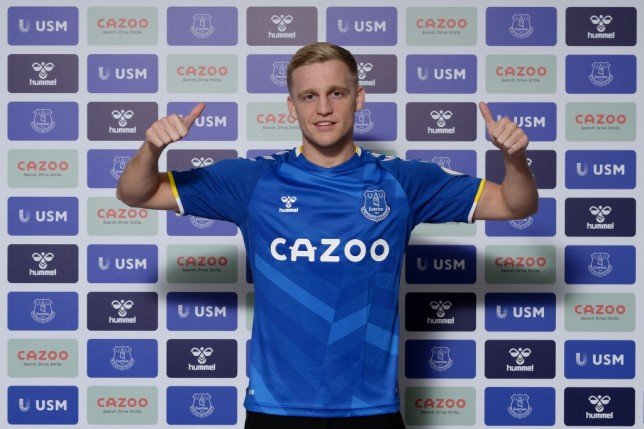 Frank Lampard has hailed Donny van de Beek for the qualities he has, and noted that the Dutch international is enjoying life at the Goodison Park.

Beek who joined the Toffees on a short term loan in January, has started in Everton’s last three league matches, and churned out impressive performances.

Speaking ahead of the FA Cup fifth-round clash with Boreham Wood, Lampard praised the 24-year old midfielder and hopes that he becomes fit for their clash against Boreham Wood.

“If it is cramp, it’s no wonder, because he hadn’t been playing too regularly and it was a big physical output game for a midfield player.

“He played very well again. He is loving being here, you can sense that. He’s loving his teammates and they’ve really taken to him.

“He is a really intelligent player and works hard – the fans love him for that – so let’s hope he’s alright.”

Meanwhile, if reports from England are to be believed, Donny van de Beek might have played his last match for Manchester United given that he’s revealed his enjoyment at Everton and wishes to make his loan move permanent.

The Mirror reported in February that van de Beek is ready to quit United totally and his decision was reportedly made easier following Ralf Rangnick’s claims that the mood at Old Trafford had improved since his exit.