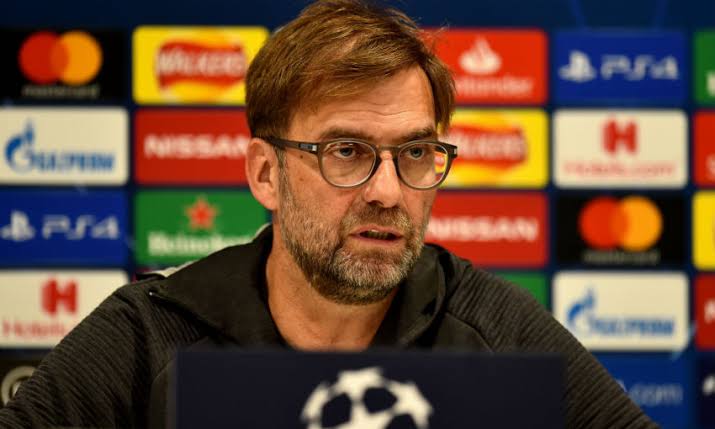 Liverpool boss Jurgen Klopp has clarifies his use of word on little tournament in reference to the Africa Cup of Nations tournament.

The German tactician insisted it was meant as a frustration in an ironic sense and not as an insult to the tournament.

Kloop’s side are set to lose Naby Keita, Mohamed Salah, and Sadio Mane to the Africa Cup of Nations slated for January 9 to February 6.

Klopp was asked on Saturday on how relieved they had got through a busy period with no international break until March, the German laughed and replied saying: “I’ve heard that so often that there’s no international break until March. In January, there’s a little tournament in Africa, I just want to say, and I think Asia is playing games too South American as well, great can’t wait.”

Klopp explained to the journalist that his remark which came after the 4-0 win against Arsenal on Saturday was a way of expressing his frustration at losing vital players at an important stage of the season.

The Liverpool boss clear the air after a journalist had said he insulted the continent of Africa, the players and fans. Klopp said “I don’t mean it like that. I don’t know why you understand it like that.”

“It’s not even close to the idea in my mind that I want to talk about AFCON as a little tournament, or the continent of Africa like a little continent, not at all.”

“It was not my intention, but you made something of it. That’s not so cool as well to be 100 percent honest.”