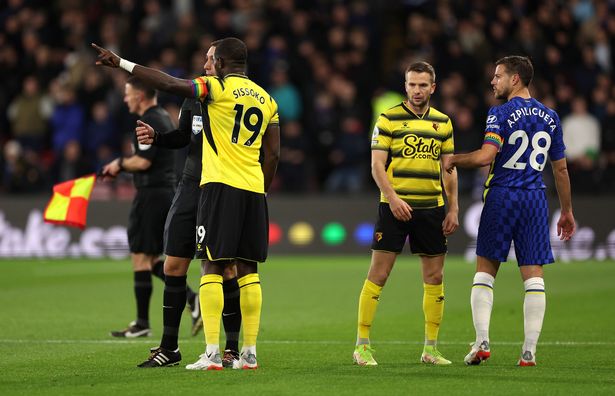 Chelsea would be pleased with the win despite the slim margin in the game as it help them secure the three points at the improved Watford side.

Now Thomas Tuchel and his men are back in the League summit despite wins from Manchester City and Liverpool on Wednesday fixtures in the Premier League.

Here Isagoal.com evaluates the talking point from Chelsea’s 1-2 away win at Watford. The Blues conceded from open play after over 10 matches since the Premier League season began.

They let in from the run of play after Emmanuel Dennis profited from a slightly deflected effort off the legs of Chelsea defender Antonio Rudiger to get his side back on level terms.

Chelsea has kept a couple of clean sheets this season thanks to the good works Edouard Mendy have been doing in goal in tandem with the positive input Thomas Tuchel has made in the Chelsea defence.

But the Chelsea side could not prevent conceding from open play away at Watford in one of the Wednesday Premier League fixtures.

During the Chelsea clash against host Watford, a football fan had a cardiac arrest in the stands.

And it was Chelsea left full-back Marcos Alonso that spotted the incident with play being delayed for close to 30 minutes before resumption.

The players of both sides had to warm up for five minutes for resumption after the fan was taken care of and rushed to a nearby hospital.

It was a good one from the Chelsea star who received encomium from former Bolton Wanderers ace Fabrice Muamba who spoke highly of Alonso after the Spaniard spotted the incident from the crowd. In the Watford versus Chelsea clash, African stars were on parade for their respective club sides more as Hakim Ziyech came off the bench to salvage a 1-2 away win for his Blues side.

Nigeria’s Emmanuel Dennis made his presence felt in the high profile meeting as he scored to equalize for his side at home.

But Morocco’s Hakim Ziyech had the last show here as he finished in aplomb from close range.

And the goal was enough to ensure his side remain at the top of the League summit despite the three points their title rivals picked up in the same day as well in the Premier League.