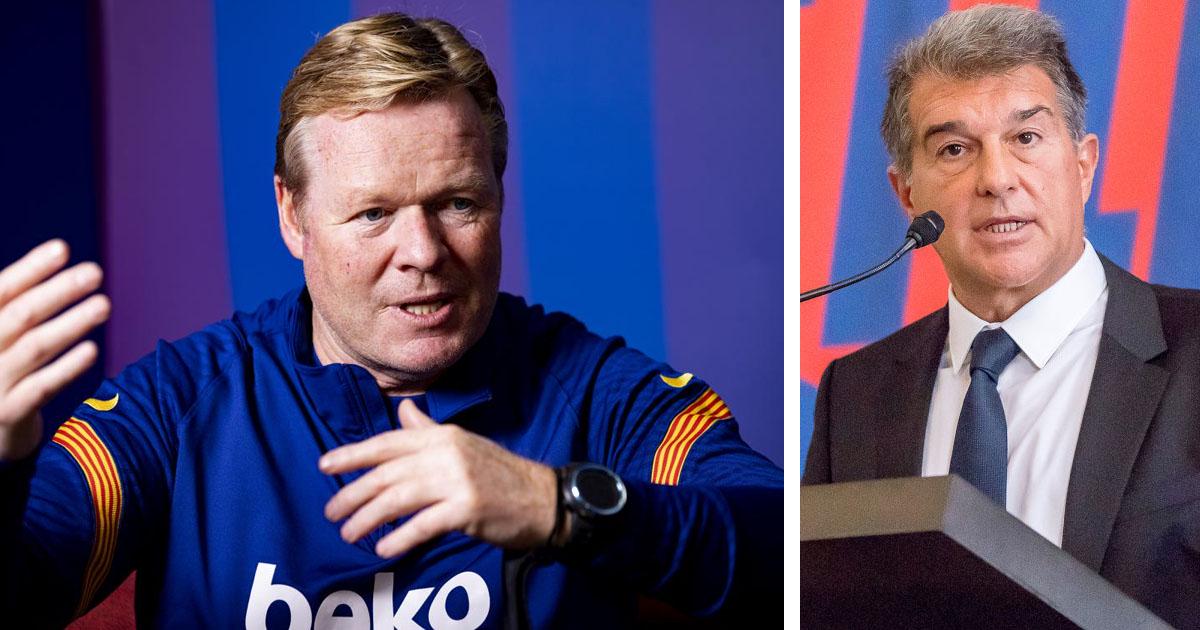 Barcelona president Joan Laporta has confessed that he wishes he made the decision to sack manager Ronald Koeman earlier than he did.

The Dutchman appeared to be walking a tightrope for months and was widely expected to be sacked before October’s international break, but Laporta persisted with his manager and watched on as his side lost two of their next three league games, including a 2-1 defeat to rivals Real Madrid.

Wednesday’s narrow defeat to Rayo Vallecano proved to be the final straw for Koeman, who was sacked on the plane ride home from the game. If that wasn’t brutal enough, Laporta has now admitted that he wished he made the decision sooner.

“The decision quite possibly arrived late,” Laporta said during a press conference (via ESPN). “We should have removed him earlier but it’s easier to analyse things with the benefit of hindsight.

“In September, when we backed him, we felt he deserved to be shown some confidence and be given the chance to get the injured players back.

Barcelona president Joan Laporta confirms he is in contact with Xavi and hiring the Camp Nou legend is a ‘possibility’ following Ronald Koeman’s dismissal.

“I take responsibility for not making the decision before. We beat Valencia and Dynamo Kiev but then came a series of bad results. We were drifting dangerously and we risked losing touch in all competitions.

“We’re grateful to Ronald because he took on the job in a very difficult moment. He’s a club man and this will always be his home. For us, he’s a Barca legend but if he has not continued in the role, it’s because of results. The situation was unsustainable and we thought not acting could weaken our chances of achieving our objectives, which are to fight for every trophy.”

B-team manager Sergi Barjuan has been confirmed as interim manager at Camp Nou, but 90min understands Laporta’s long-term focus is solely on former midfielder Xavi Hernandez, who is close to agreeing a deal to step in full-time.

Laporta also discussed the idea of bringing Xavi back to the club, admitting that the former midfielder ‘is a possibility’ in the search for a new manager.

I Never Wanted To Play For Barca For Free – Messi