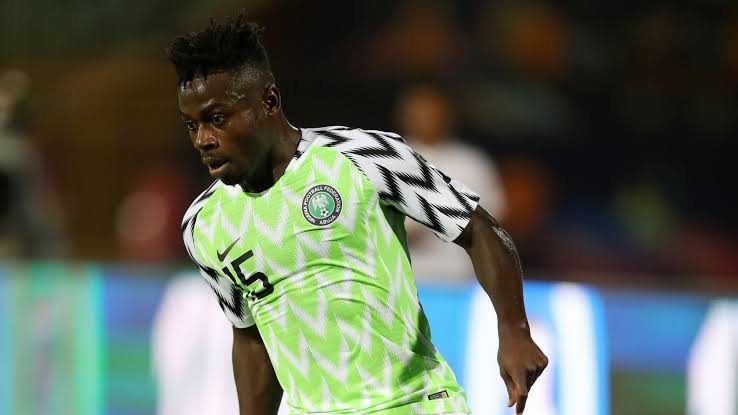 Despite his star performance in the two matches played at the ongoing AFCON in Cameroon, Super Eagles mercurial winger and Nantes FC of France forward Moses Simon has revealed that winning the most valuable player of the tournament is not what he’s thinking about at the moment.

In an exclusive chat with newsmen after the team’s training session yesterday in preparation for their final group D clash against Guinea Bissau on Wednesday, Moses Simon said winning with the team is important for him as a priority instead of thinking of any individual award at the tournament.

The Nantes winger however refused to rule out the possibility of having Nigeria’s hope of a fourth AFCON dashed by any participating team.

“Actually every team. I cannot point one team that can pose a threat to us we just need to be prepared.

it will be recalled that Moses Simon has netted one goal and 2 assists for Nigeria and was voted the man of the match in Super Eagles 3-1 victory over Sudan last Saturday.