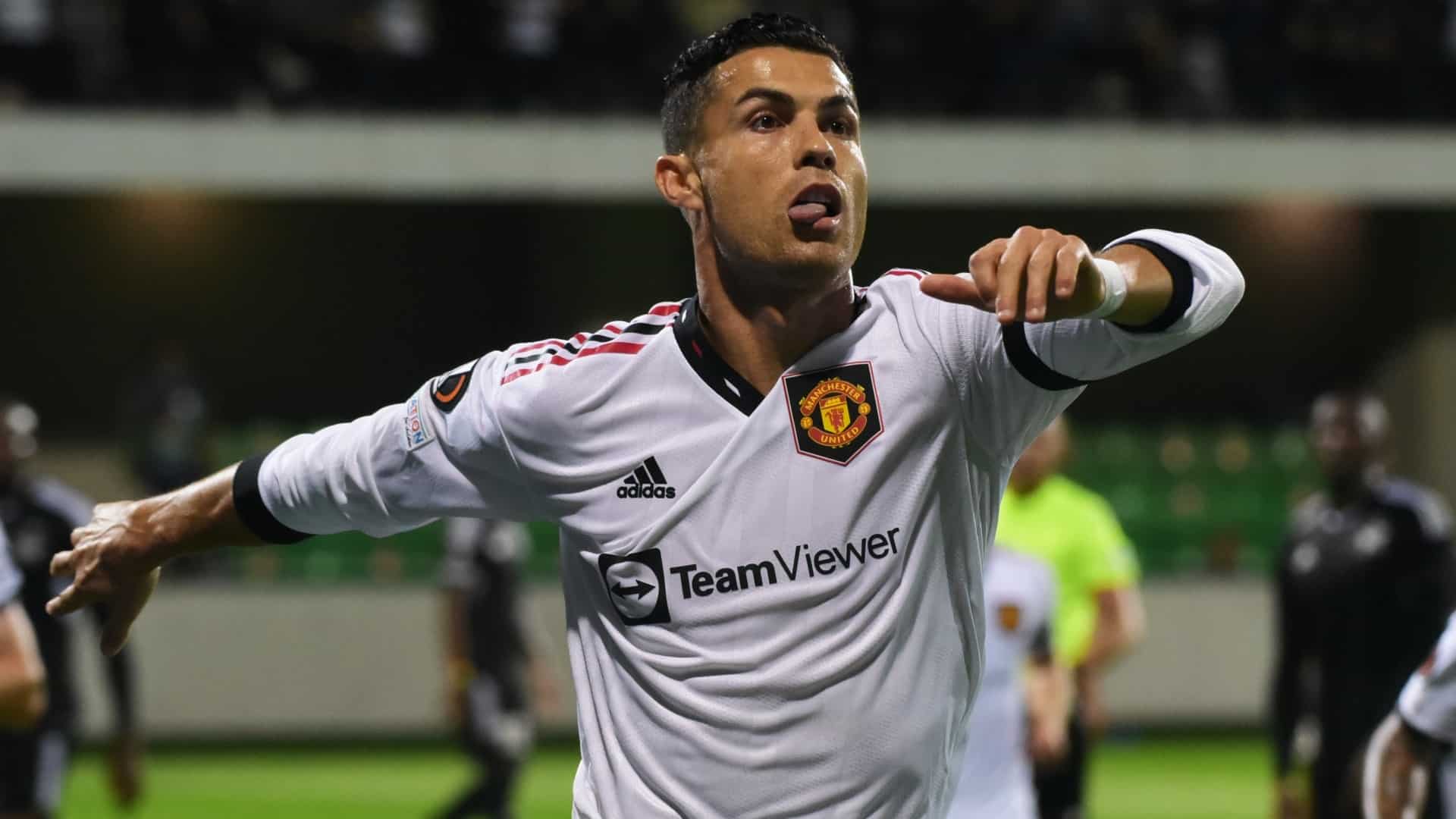 Cristiano Ronaldo has reacted to his first goal of the season for Manchester United in their 2-0 win over Sheriff Tiraspol.

It was also Ronaldo’s first goal ever in the Europa League, a competition he has never played before.

The 37-year-old led the attack for Manchester United in Moldova on a comfortable night for Erik ten Hag’s men as they picked up a 2-0 win and their first points of their European campaign.

Jadon Sancho put Manchester United in the lead with a fine finish, before Ronaldo made it two from the penalty spot.

The goal was the Portugal international’s first goal of the season in all competitions and the first in the Europa League.

The football icon was delighted to hit the back of the net and secure the victory.