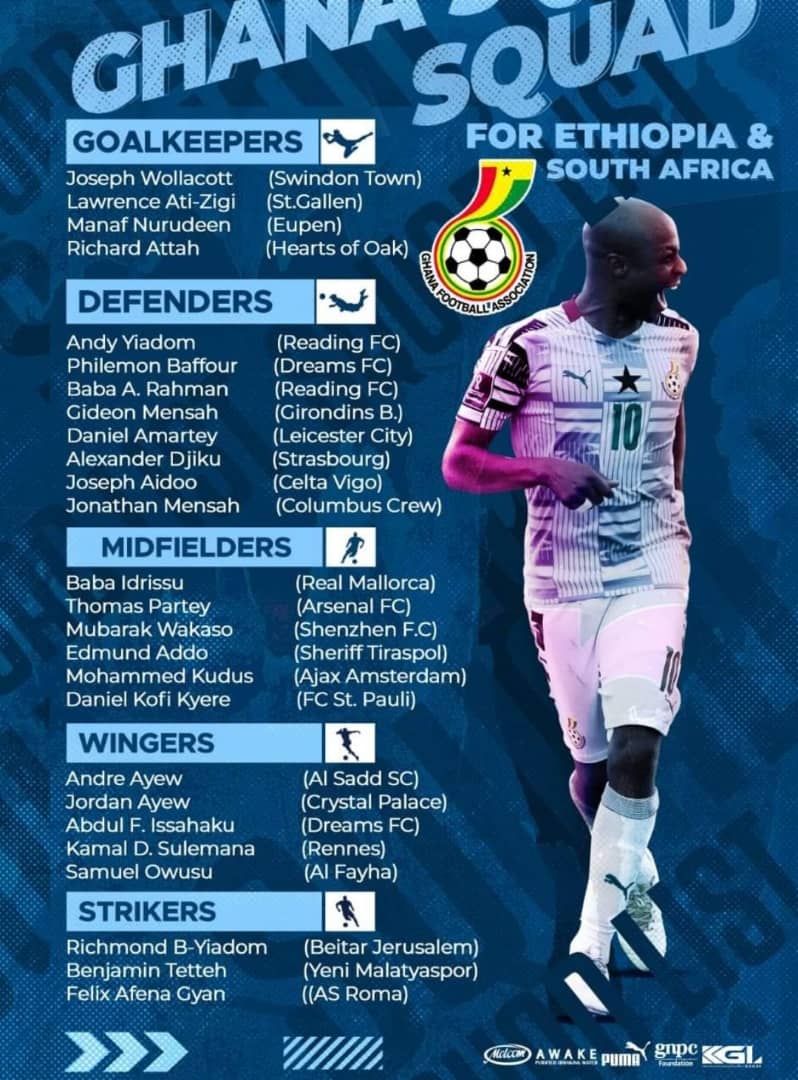 Head coach of the Ghanaian National Team, Milovan Rajevac, has released his 28-man squad ahead of Ghana’s World Cup Qualifier matches against Ethopia and South Africa.

The announcement was made via a press conference held by the Ghanaian Football Federation in Accra via on Thursday.

The pair of Richmond Boakye-Yiadom and Sheriff Tiraspol’s 21-year old midfielder, Edmond Addo made a return to the team.

Also, 18- year old forward, Felix-Afena Gyan who was promoted to the senior team of AS Roma few weeks ago by Jose Mourinho was given a maiden call up to the national team.

The Black Stars of Ghana will travel to South Africa to play Ethiopia on November 11 before they fly to Cape Coast and finish the group G encounter with South Africa.

Road to Qatar 2022: Super Eagles camp to open on November 8