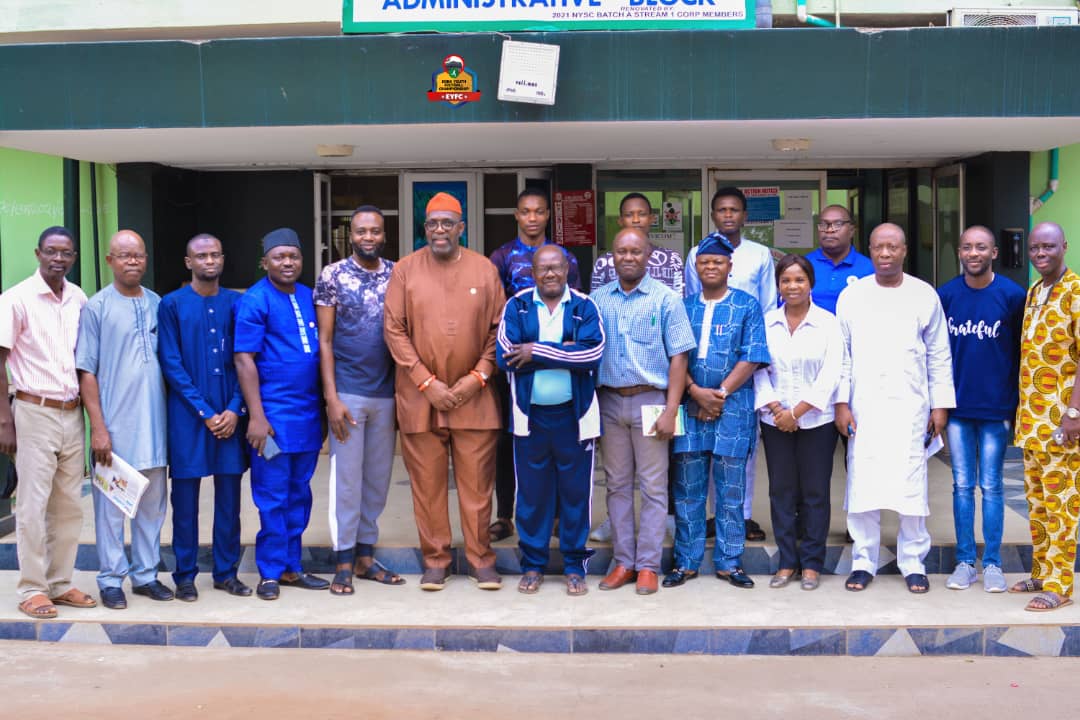 As part of efforts to see to the development of sports infrastructure in Ogun State and the nation at large, the Ogun-Oshun River Basin Development Authority (OORBDA) has promised to construct borehole at the Muda Lawal Stadium Asero, Abeokuta.

The announcement was made by the OORBDA CEO, Olufemi Odumosu, in Abeokuta on Thursday, during a courtesy visit of the EYFC Organizing Committee.

Odumosu, while speaking with the EYFC team admitted the importance of water in the sport and also noted that water is very essential to the maintenance and development of the football pitch.

“Everyone knows that water is life. In fact, we can say that water is football too because there’s no way the game can be played without water. It is needed to replenish the body after sweating.” Odumosu noted.

When asked by the EYFC team leader, Mr Olalekan Soyinka, to use his office to help in making sure there’s an installation of a borehole system at the Muda Lawal Stadium, The OORBDA boss said that the authority invariably makes provision of water to the maintenance of the football pitch, and further gave a nod to the request.

“In one way or the other, we contribute to the infrastructural work and maintenance of a football field whether from the provision of water or from the drainage aspect.”

“Because before you can maintain the field, you must always have water to green the grass and ensure that proper drainage is done. So consider your request done.”

Odumosu further pledged the support of the Ogun-Oshun River Basin Development Authority for the organization of the Egba Youth Football Championship and sports development in the nation building.

“We will continue to support the organization of the EYFC and we will directly be supporting the growth of our youths and football development in the nation building.”

The Muda Lawal Stadium is the venue hosting the ongoing 2022 Edition of the Egba Youth Football Championship which is set to be concluded on April 3, 2022.

OORBDA’s football clubside in the competition, Ogun-Oshun Green Planters FC, have already booked a place in the second round, having garnered 6 points from their first two matches of Group D.

Carabao Cup Final: Liverpool to be without key players against Chelsea