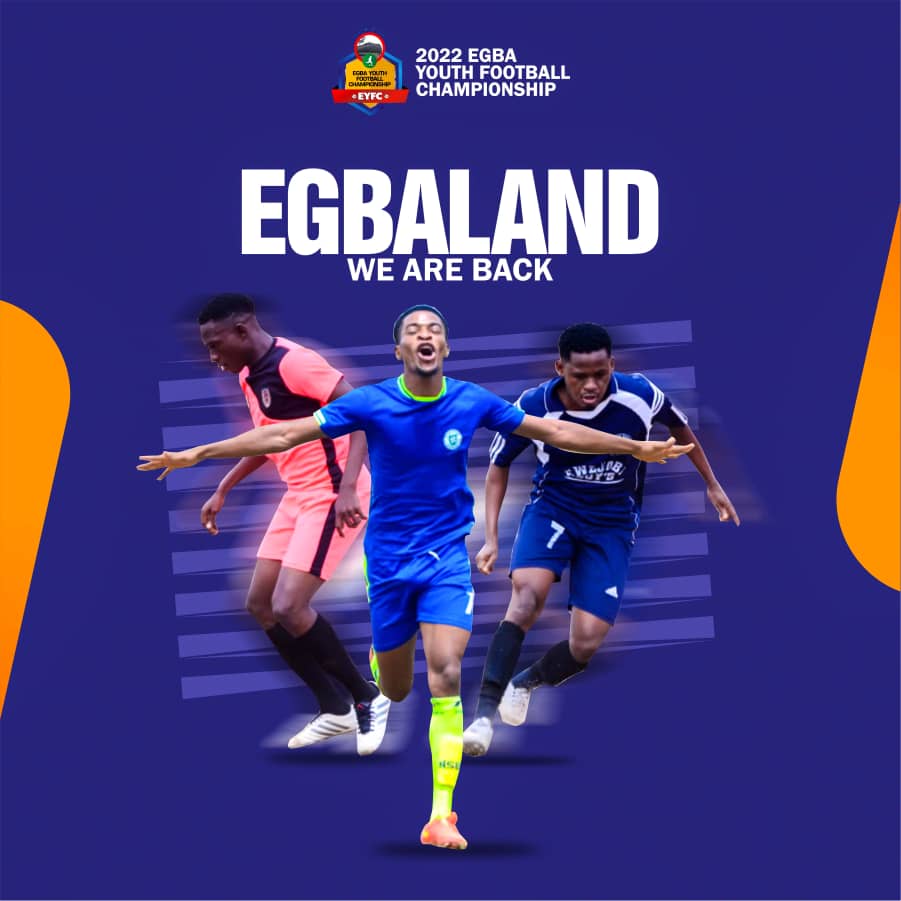 Organizers of the Egba Youth Football Championship have announced the date for the commencement of the 2022 edition of the annual football competition.

The annual grassroot football showpiece which its fourth edition comes up next year, will feature 704 Community Boys, consisting of 20 players and 2 officials per team, representing 32 Communities in Egbaland.

In a statement released by the General Secretary of the organizing committee, Sanusi Lateef, the fourth edition of the competition will start on Friday, 11th February, 2022, and run till Sunday, 3rd April, 2022.

The organizers also announced Monday, 29th November, 2021 as the day which the registration for the competition would begin and it will close as soon as 32 teams are registered, or latest by Friday, 14th January, 2022.

Also contained in the statement is the announcement of the official Mascot for the EYFC in honour of Dr. Kehinde Olayiwola Ololade, the SSA to the Ogun State Governor on Health and the patron of the EYFC

The competition which will run for 8 weekends will be played at the Muda Lawal Stadium, in Asero, Abeokuta.

Eagles Has No Direction Under Rohr – Green