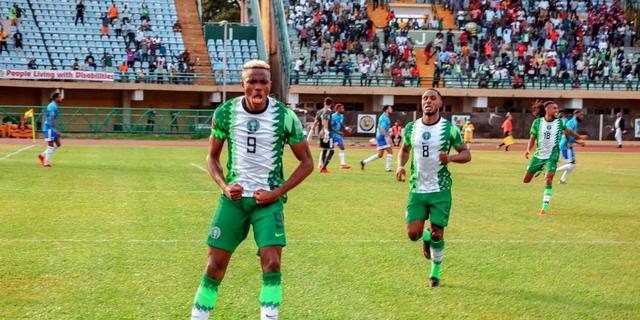 Former Nigerian goalkeeper, Dosu Joseph has reiterated that the Super Eagles will overcome any of the opponent they face in the playoff of the 2022 FIFA World Cup qualifiers.

He made this known on the backdrop of Nigeria’s 1-1 draw against Cape Verde at the Teslim Balogun Stadium, Lagos on Tuesday.

Recall that Victor Osimhen scored the Super Eagles opening goal before Stopira headed in a corner kick to leveled parity for Cape Verde.

In a chat with Isagoal, the Atlanta Olympic gold medalist said that the Super Eagles will overcome any team they face in the playoff.

“I am glad that we have finally qualified for the final knockout stages of the 2022 FIFA World Cup qualifiers. Cape Verde gave us a good fight but the most important thing is qualification.

“I really don’t think the Super Eagles should be afraid of facing any of the teams in Africa. I am optimistic that we have what it takes to overcome any of the big teams.”

Awaziem: Super Eagles Will Get Better