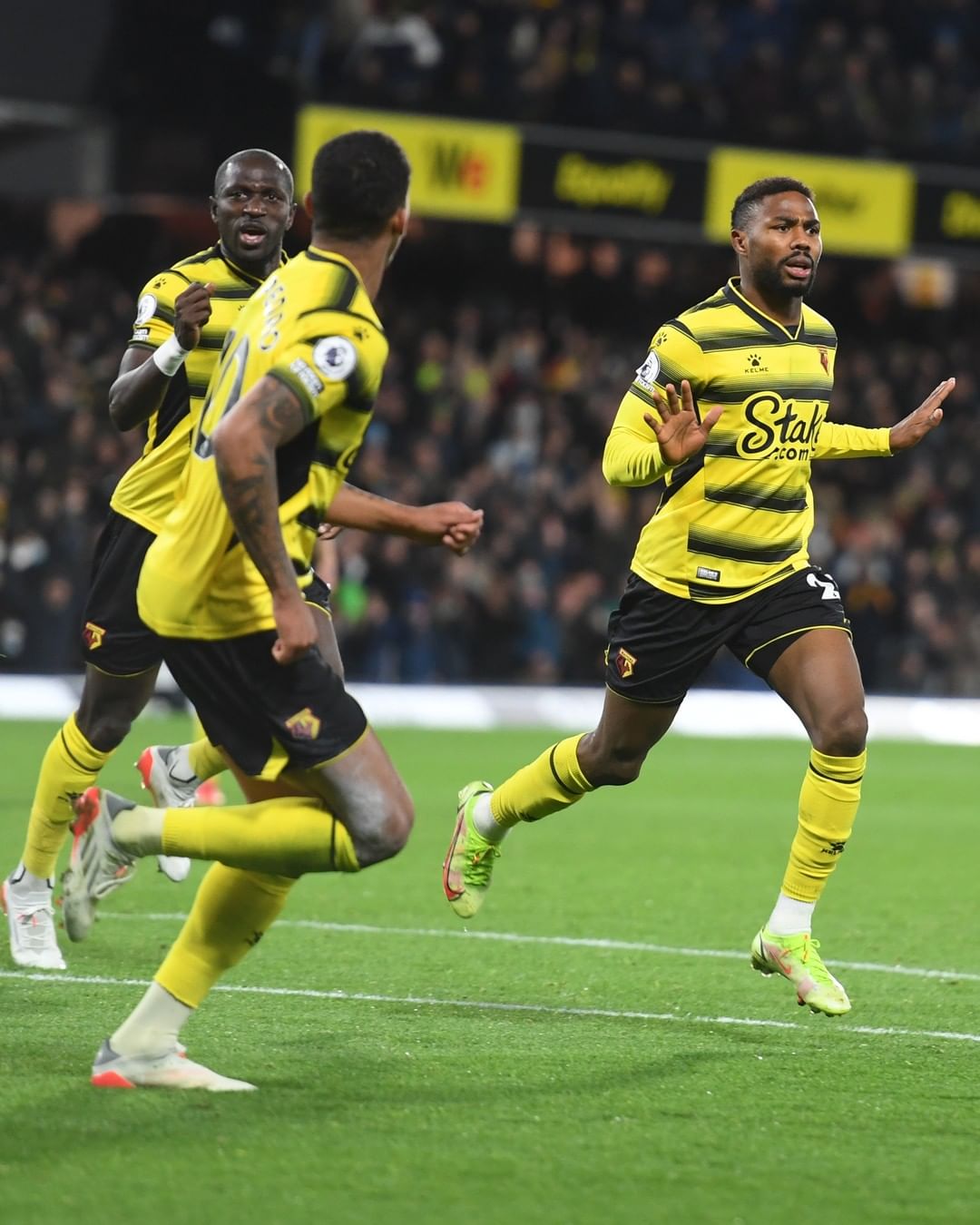 Dennis made a surprise switch to the Vicarage Road from Belgian Pro League champions Club Brugge this summer.

The Nigeria international has hit the ground running with six goals and five assists in as many games for the London club.

Watford’s fourth-highest goalscorer Deeney is already considered a club hero after scoring 140 goals in 419 appearances for the Hornets, 47 of which arrived in 165 Premier League during an 11-year stay at the club.

And the 33-year-old believes Dennis has the quality to be mentioned in the same breathe as some of the club’s finest legends in history if he stays long enough.

“Legends before me: Luther [Blissett], John Barnes, Tommy Mooney, Tommy Smith – everyone has a legacy and they do so much up to that point,” Deeney told Watford’s official website.

“I’ve done my point and it’s up to the guys in the squad now to take it further than I ever could.

“The legends of this club all move forward and I’m just a name. There is an opportunity for someone else. I think [Emmanuel] Dennis is playing great and if he sticks around for five years, he could go and do that as well.”

Dennis will be keen to continue his brilliant run and add to his goals and assist tally when Watford host Manchester City at the Vicarage Road this weekend.

Rafa Benitez Will Not Be Sacked – Everton Owner Farhad Moshiri