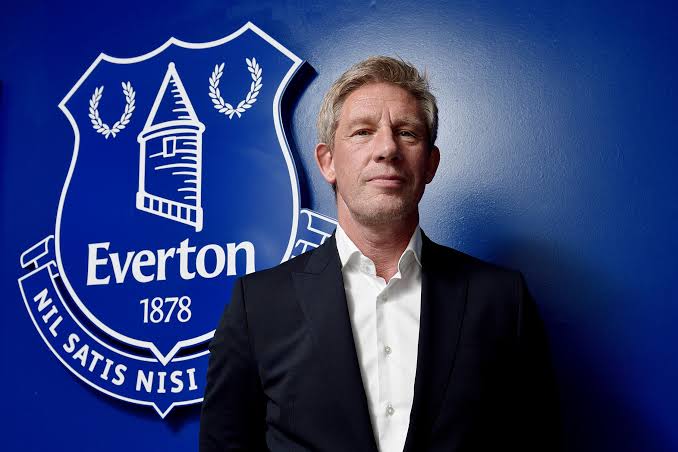 Everton’s Director of football Marcel Brands hit back at the Toffees fans for shouting at the players, following their disastrous defeat to city rival Liverpool on Wednesday night.

The Merseyside club season descended into chaos on Wednesday night after their defeat to Liverpool, as supporters of the club argued with the director of football asking him if he was the one that signs the players?

Everton are without a Premier League win in seven matches before their tie with Liverpool at Goodison Park on Wednesday night, but their loss to the Kop further put more pressure on the players and coaches having started the season brilliantly.

The 4-1 defeat to city rival Liverpool which is their sixth loss in seven outings rise tensions among the supporters, as they invaded the pitch to made their frustrations known to the players and board.

After the game a video was circulated on social media, showing a fan directing his anger towards director of football Marcel Brands asking the Dutchman, “If he had recruited the players out on the pitch, asking what do you think of that?”

While Benitez’s performances so far with the Toffees is also put into question, the Spaniard believes, “He still have confidence the team will do well, we need to bring players back. We have to learn we can’t make these kind of mistakes, we can be ready if we learn from that for the next game.”

“After the second goal our reaction was very good, the fans were pushing as soon as we scored the goal and the atmosphere was really good. We started the second half well, started on top but another mistakes changed the game.”

While Everton have slumped to 14th position on the table and remain five points above the drop zone, their next tie at home is against a rejuvenated Mikel Arteta led Arsenal on Monday night.

Super Eagles Players Must Be Committed Ahead AFCON 2021 – Agu