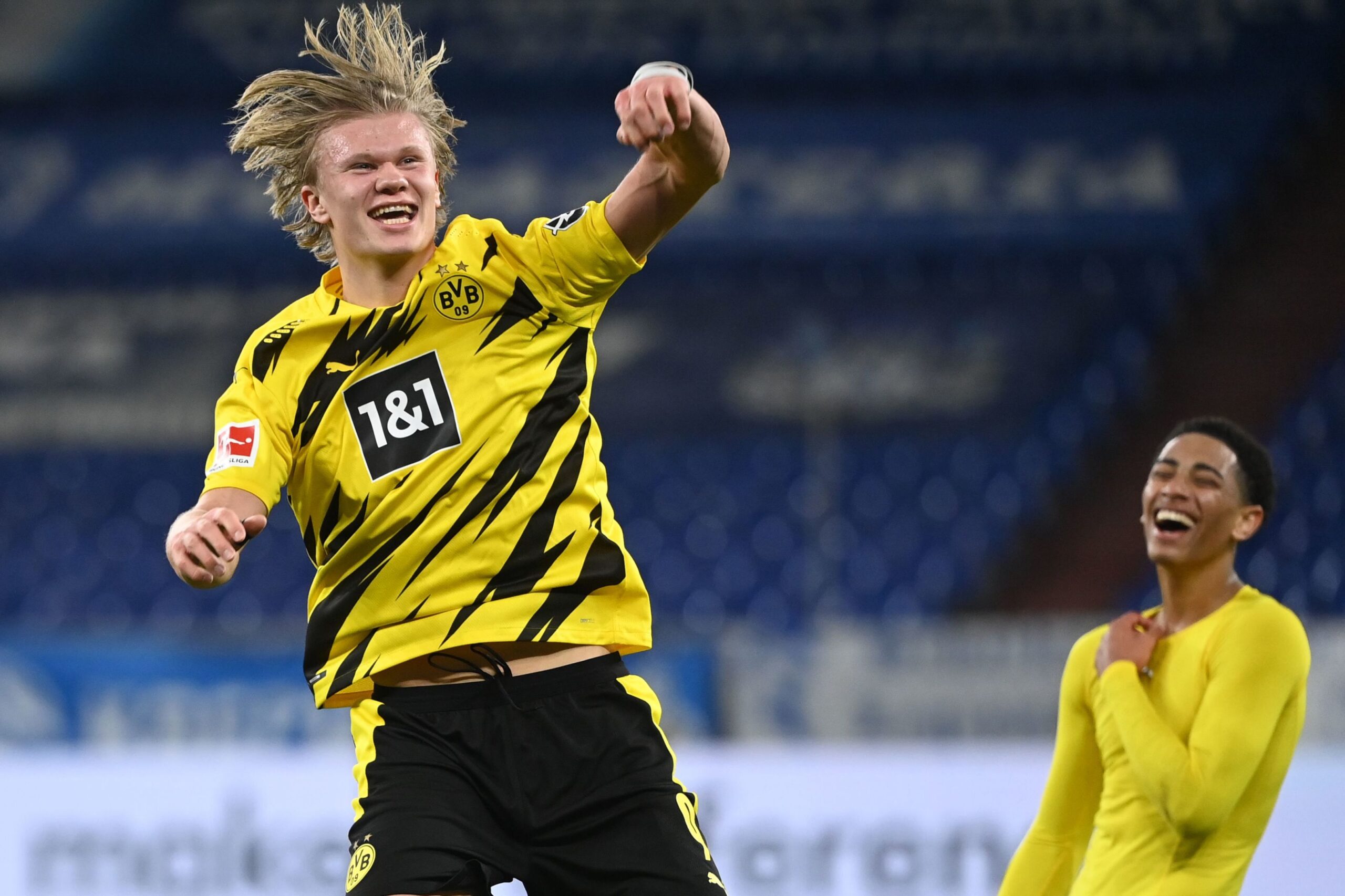 Erling Halland is one of the biggest names in football and has established himself as a top player in Bundesliga, where he plays with Borussia Dortmund.

Only 21 years old, the Norwegian has proven to be more than a flash in the pan.

Haaland was born on the 21st of July 2000 to Alf-Inge Haaland and Gry Marita Braut in Leeds, England.

The Haaland’s also have two older children;A boy, Astor and a girl, Gabrielle.

Alf Inge is a former footballer who played for Leeds United, Manchester City, and Nottingham Forest as a defensive midfielder.

During his playing days, Alf was no ordinary player, and had a successful football career decorated with lots of goals and awards.

The Haalands are very athletic, and have a generation of players and athlete from both the first and extended family.

Jonathan Brunes is a cousin to Erling Haaland, who is a footballer with Lillestrom SK.

At the age of 15 years in 2006, he became the youngest player to play for Bryne.

Albert Tjaland, a younger cousin to Erling Haaland, is a footballer playing and plays as a striker for Molde FK.

Still, in Molde’s youth team, he has scored over 60 goals in less than 40 matches.

The Haaland’s left Leeds when Erling was three years old to their hometown in Norway due to a tragic incident between Roy Keane and Alf Inge Haaland.

At the time, Alf Inge was a player with Manchester City and in a Derby match, Manchester United Roy Keane launched a ferocious and dangerous tackle that broke Alf legs and dealt a decisive fatal blow to his career.

With his football career coming to an end, he had no choice but to relocate from England to Norway with his family.

The injury affected and scared the relationship between Alf Inge Haaland and Roy Keane, and this spread over to the Haaland’s such that none of them watched matches that featured Keane.

It also led the family to have a general dislike for Manchester United.

The continuous pain from the leg injury was challenging for Alf Inge Haaland, and the premature end of his football career made it worse.

However, it was after the incident he decided to focus on Erling who had shown promise of becoming a great player.

Alf Inge enrolled Erling into Bryne Football Club at the age of 6 in 2006, where he participated in football and got the best football values.

He broke a world record at the age of 6 in 2006 for standing long jump with a recorded 1.63 distance.

Alf Yngve Berntsen Erling’s first coach spoke about the first time he saw him in training.

He witnessed the young Erling score two goals and felt that he was much better than his colleagues.

He was also responsible for pushing Halland to play with the older boys of the Club.

Erling was poised to be a top goal scorer and heavily perfected shooting accurately in training from his early football days.

Halland had always dreamt of becoming his country’s best footballer, and that youthful passion is believed to be one of the reasons he ended up being extremely successful.

During his time in Bryne, he was known to have good shooting/finishing, which made the Norwegian youth side request for him, and he played a pivotal part in helping the team win the Syrenka Cup.

In May 2016, at the age of 15, he appeared in a match with Bryne Fotballklubb’s senior squad for the first time.

However, after recording 18 goals with the Club, several bigger clubs were interested in having him, and he eventually settled for Molde FK.

While Erling’s career as a young footballer was growing faster than expected, he was having problems with his growth hormones as he noticed he wasn’t measuring up to the other kids who were becoming bigger and taller.

His Club also noticed the deficiency and employed a Chef of Torbjorb Hangen to feed Erling with nutritious food to see if it would help him overcome the growth issues.

The improved diet worked for Erling, and after two years, he grew impressively.

However, the changed wasn’t all rosy, as he experienced unique pains due to his body being forced to stretch in such a short time.

The Club reduced his work rate so he could have enough time to heal while he remained fit.

The Growth spurt worked wonders for Erling as he settled in his new frame.

In his second season with Molde, he scored four goals in 21 minutes of a match, and he received the top scorer award and the year’s Eliteserien Breakthrough award.

Erling was formerly in love with a girl whom he met while playing with Molde.

The relationship did not last as the girl was still a student, and Erling was looking to further his career.

This caused him to have an open conversation with her about their and why football and his career are his major priority. The both of them broke up amicably.

Erling Haaland is one of the several footballers who are brand Ambassadors with Nike.

However, apart from his mandatory show blitz with Nike, Erling is extremely private and, from all indications, does not live an extravagant life.

He seems to love to keep a simple life, which has made it difficult to figure out if he has a personal property to his name.

While there is a popular belief that he has a house in Norway, he has never claimed to have one, and neither has he talked about having one in Germany, where he plays with Borussia Dortmund.

Erling is, however, very open when it comes to his cars, and he has quite a collection which includes an Audi Q7, Audi RS7, Mercedes-Benz, and a BMW.

Erling has progressed well with Borussia Dortmund and has ranked among the top 5 best strikers in the world for the last two years.

His contract with Dortmund is very encouraging, and while it is possible that he may look somewhere else as he gets attractive offers, he currently earns a yearly salary of 7.9 million Euros.

Halland currently has a market value of 150 million euros and a total Net worth estimated at 99 million pounds.