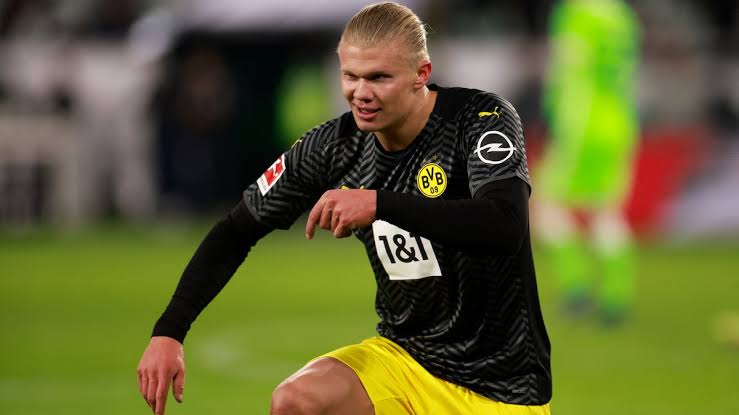 Borussia Dortmund forward Erling Bruut Haaland mark his return to the Dortmund’s fold with a second half volley, after coming off the bench to secure three point for the Signal Iduna Park side in a 3-1 over Wolfsburg.

Wolfsburg hit the ground running through a second minute lead from Netherlands forward Wout Weghorst who headed in at the near post to give them the lead.

In the 35th minutes Dortmund levelled the scorelines with an Emre Can’s penalty after captain Marco Reus was brought down in the box.

Summer signing from the Dutch league Donyell Malen put Dortmund in front by rifting in from a Marco Reus pass to put his side ahead of their opponent Wolfsburg.

Towering forward Haaland who has been out injured with a hip flexor muscle came off the bench just in time for his side, and went ahead to secures the win for Dortmund which makes him the youngest ever player to reach 50 Bundesliga goals at 21 years and 128 days.

With Dortmund’s triumph over Wolfsburg, they are now two point ahead of rival Bayern Munich who are to face Arminia Bielefeld on Saturday night.