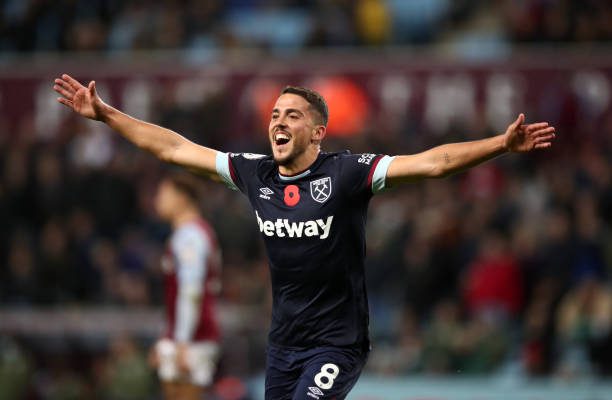 West Ham United midfielder Pablo Fornals has confirmed that the Hammers has what it takes to compete for top four place and possibly win the Premier League title at the end of the 2021-22 campaign.

The London based club are placed third in the Premier League level on 23 points with the current champions Manchester City having defeated Liverpool 3-2 at home on Sunday.

When asked about winning the title on the back of their triumph against the Kop, the former Villarreal midfielder said, “I don’t know it is too early to say, but fighting for each game as we did against Liverpool, why not dream?

Fornals added that, “This is what we did last season and it is what we are doing again this season” when he was asked if the team was proving people wrong about their quality and form.

The midfielder further opine that “To be fair I don’t care what other people think, I am really proud to be in this team and this group with these fighters for me that is the only important thing”.

West Ham United next game after the international break would be a trip to Wolverhampton Wanderers, a team who is gradually building up momentum under the tutelage of Bruno Lage having started the season poorly.