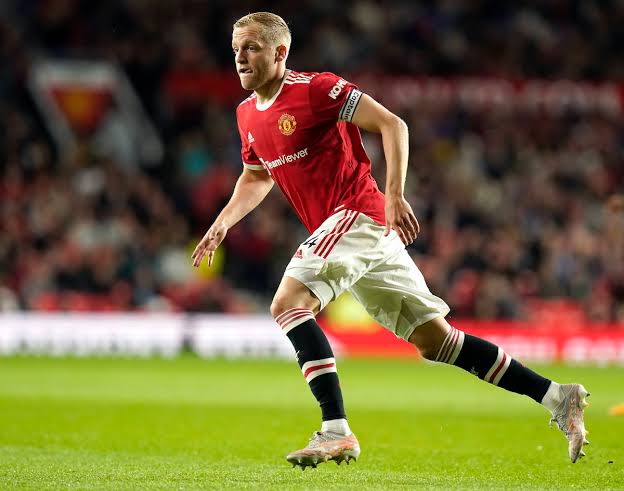 Manchester United midfielder, Van de Beek has decided to leave the Old Trafford side in the January transfer window, having found playing time quite hard under Ole Gunnar Solskjaer.

According to Italian transfer expert Fabrizio Romano, he said the Dutchman has taken the decision to leave the club in January and is already looking at offers elsewhere.

“Van de Beek’s situation is so clear. He loves the club and he’s still super professional in training, doing his best for United but if the situation remains the same, he will leave Manchester in January”.

The Dutchman joined United from Ajax Amsterdam in 2020 for a fee reported to be £34 million following a brilliant campaign for the Dutch giant both in the Champions League and League.

Since joining United he hasn’t really enjoyed his football, and this season he has just started four league matches for the Red Devils.

While Van de Beek is finding it hard to get playing time under Ole, the Norwegian tactician still believes the midfielder has a future at United and as it stands the manager hasn’t fulfill his promise.

The Dutchman has remained professional at the club without complaining about his game time, however is now worried about his international future as we edge closer to 2022 World Cup in Qatar.

2022 WCQ: Eagles Landed In Lagos Ahead Of Tuesday’s Clash With Cape Verde