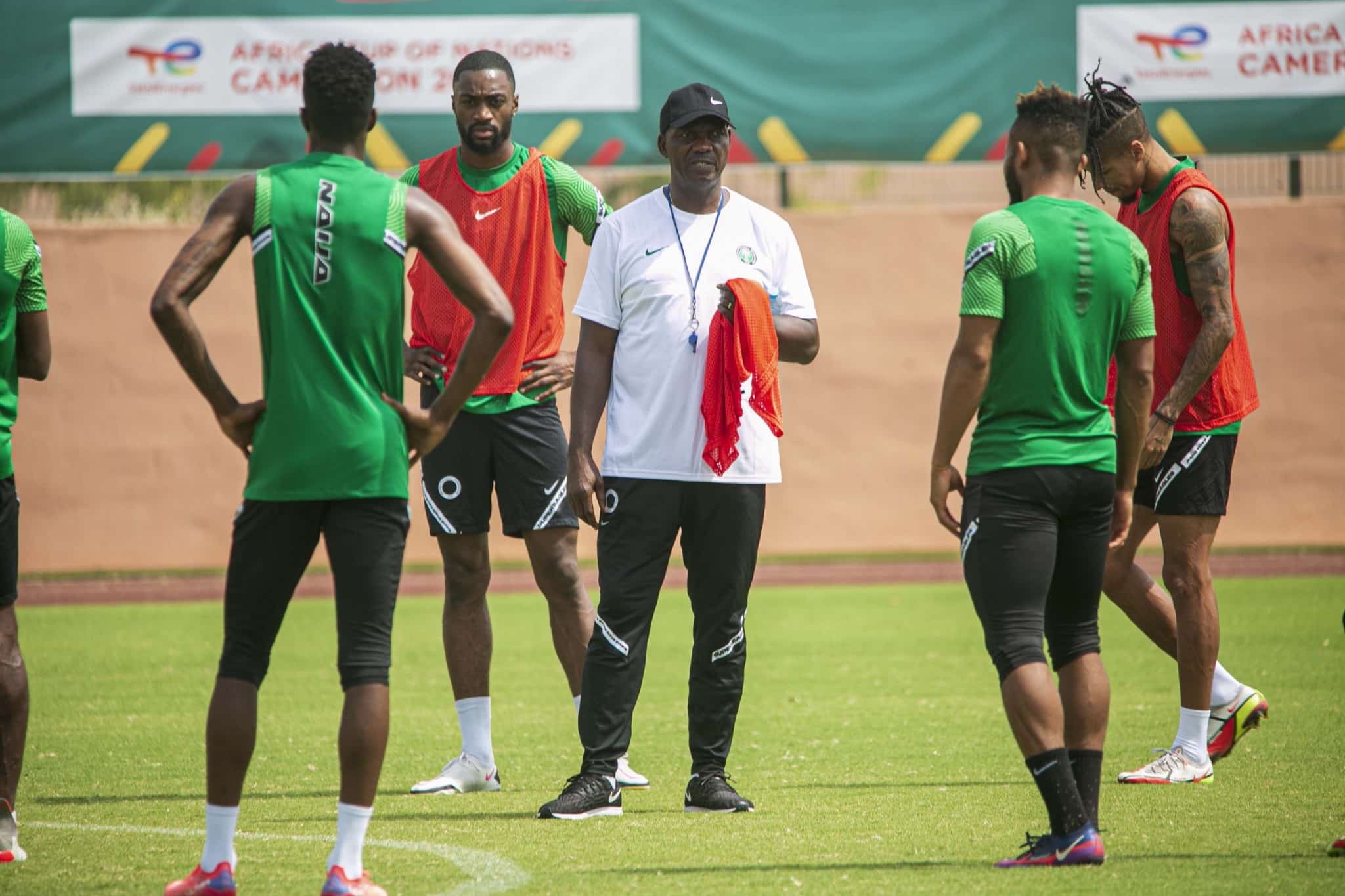 Super Eagles coach, Austin Eguavoen has confirmed that winger Samuel Chukwueze did not take part in Saturday’s recovering training section owing to a knock he suffered during Nigeria’s 2022 FIFA World Cup first leg playoff against Ghana on Friday in Kumasi.

Eguavoen also said his team is more than halfway through to qualifying for the 2022 World Cup in Qatar.

Nigeria had played a 0-0 draw against the Black Stars at the Baba Yara Stadium on Friday night.

“The team is in high spirits. We are more than halfway through. I had a word with them and praised them because they were resilient,” Eguavoen told NFF TV.

“They worked hard in such an atmosphere, so I think it was a fair result.

“Some players did not get involved now because one or two had a knock yesterday and recovered training, people that played 90 and 94 minutes usually do just a little bit and then rest.

“People who didn’t play up to 70 minutes will do more, that is exactly what we just did, like few of them that had knocks like Chukwueze, we just want to rest him and he can probably resume tomorrow.”