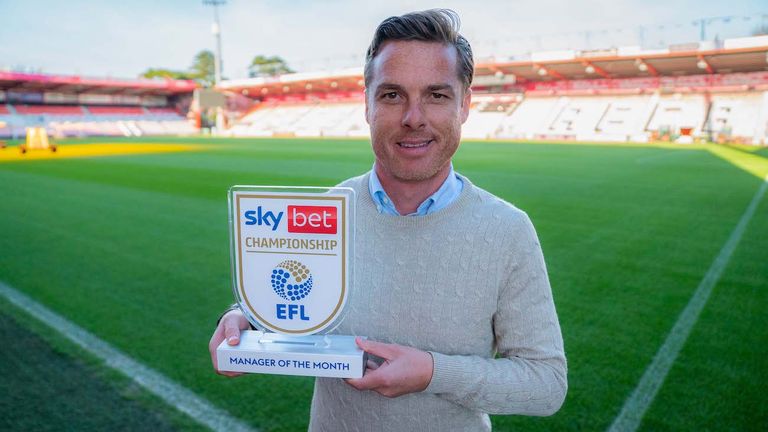 Bournemouth manager Scott Parker has been named Sky Bet Championship Manager of the Month for October.

The former Fulham boss led his team to a perfect 15 points from five games, with 10 goals scored and four clean sheets as they dominated the Championship.

The only goal conceded by Bournemouth has only come against Sheffield United, and they’ve used that as a confidence builder in keeping it tight at the back as their season progresses in the Championship.

Parker during is interview with the media said: “I have to give full credit for this award to my staff and players for their efforts throughout October and the season as a whole.”

“To secure a 100% win record in a month and concede just one goal in the Championship is a fantastic achievement and it is testament to the hard work and mentality of everyone at the club.”

“We’re also extremely grateful for the backing, we’ve been given from our supporters who have followed us in great numbers home and away this season.”

The Cherries next game is away to relegated threatened Derby County after the international break, and they will want strive hard for promotion back to the topflight next season.