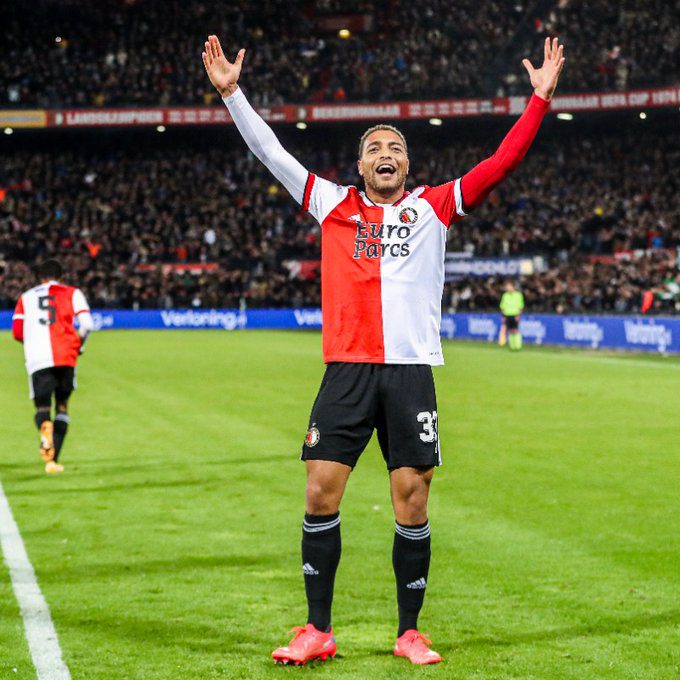 The 26-year old rose up to help The Club of The People secure a vital win as another international break beckons.

It was such a deserved win for the hosts who practically dominated proceedings from the blast of the kick off whistle till when the Nigerian international got the winning goal at the death of the stoppage time.

When it looked like the game was going to end all square, the Nigerian international scored the only and winning goal of the game after coming on in the eighty-second minute and received a beautiful pass from Reiss Nelson and sent the ball behind the AZ Alkmaar’s goalkeeper, Peter Vindahl.

Dessers has now scored three goals in three consecutive matches for his side in all competition and Feyenoord with Sunday’s win, have moved to the third place on the log with 25 points, trailing PSV and Ajax who are on the first and spot with 27 and 26 points respectively.