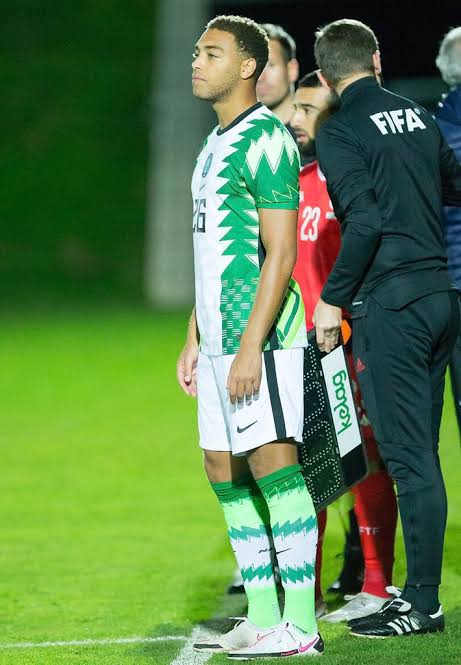 Belgium born Super Eagles forward, Cyriel Dessers, has said that he remains committed to Nigeria despite being left out of the national team for recent international assignments.

Dessers, 26, haven’t returned to the national team after making his debut for the Super Eagles in an international friendly against Algeria last year.

However, his recent performance for his Feyenoord side has made headlines in Netherlands scoring three goals in his last three outings and there are speculations that he might be approached to switch back to Red Devils.

“Strictly speaking, I can still switch, but I have made my choice.

“My first selection was very special. The international match took place in Austria, but as soon as you entered the hotel there, you imagined yourself in Africa.” Dessers said.

Success Not Desperate To Play For Super Eagles Again

Three promising players with defining agenda for Nigeria against Liberia