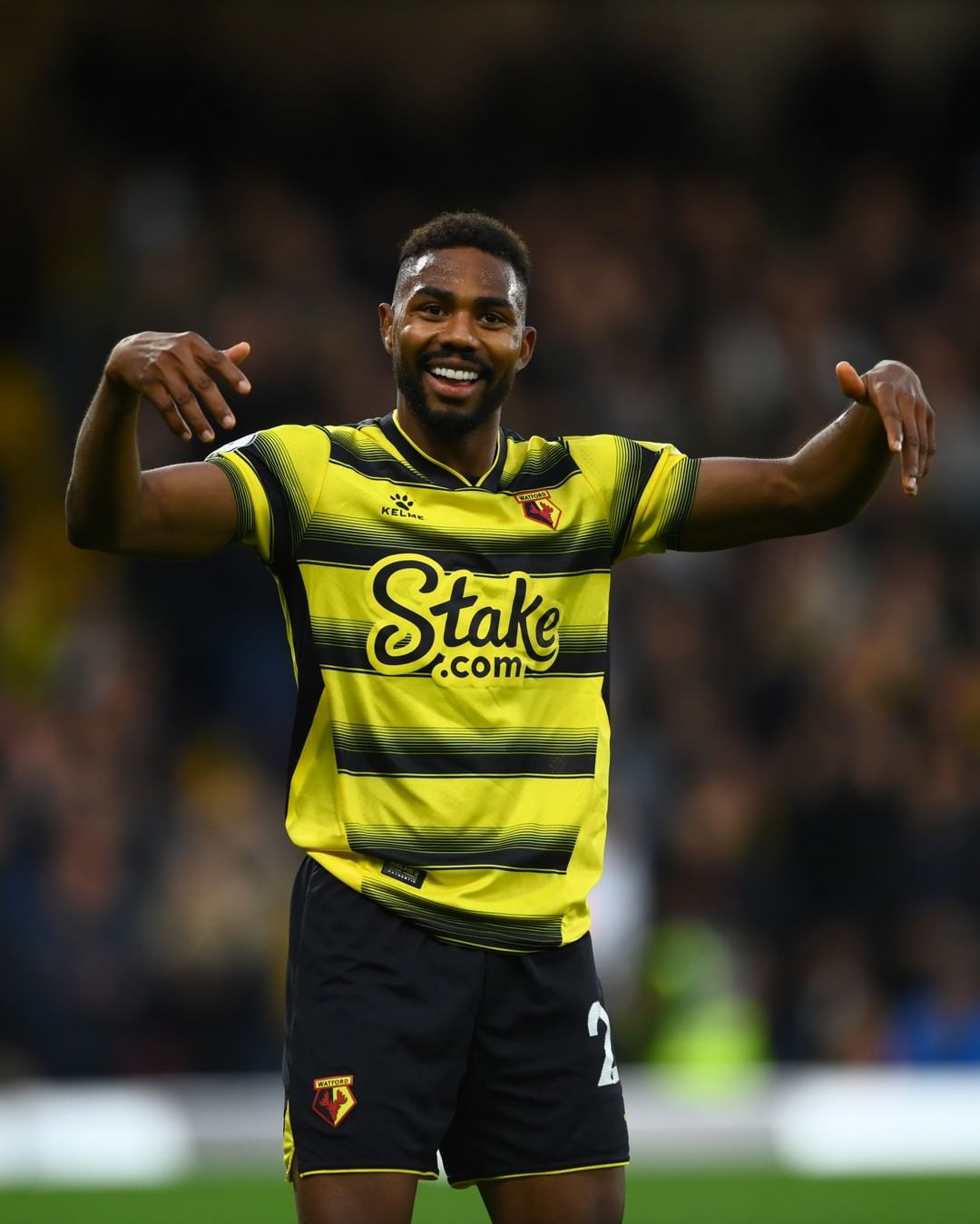 Emmanuel Dennis was named man of the match in Watford’s 4-1 win against Manchester United at the Vicarage Road on Saturday.

Dennis produced a superb performance scoring a goal and providing two assists in the game.

The Nigeria international’s cross was slotted in from close range by Josh King for the game’s opening goal a minute before the half hour mark.

Three minutes into added time the striker set up substitute Joao Pedro to make it 3-1 and just two minutes later he added the fourth from a tight angle.

The 24-year–old has now scored four goals and recorded five assists in league appearances for the Hornets this season.