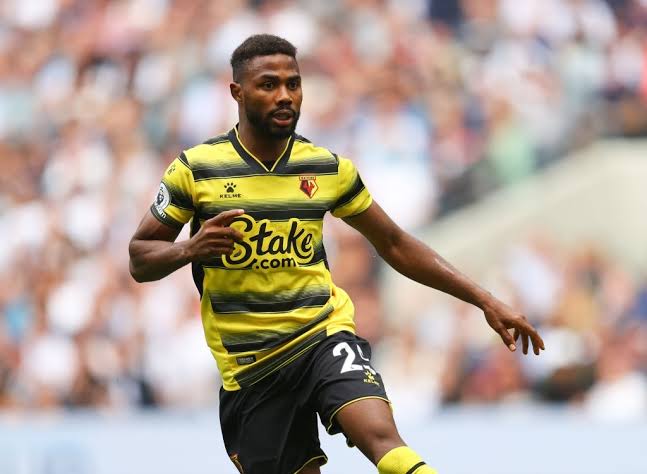 Nigeria forward Emmanuel Dennis has been nominated for Premier League Player of the Month for November.

Dennis was in superb form for Watford in November scoring and providing assists for the Hornets.

The Nigeria international involved in three of the four goals scored by Watford in a 4-1 rout of Manchester United with one goal and two assists to his name on November 20.

Eight days later against Leicester City, Dennis was on target again and won a penalty converted by Joshua King as the Hornets were beaten 4-2 by Leicester City.

Winning the award will see the striker become the fifth Nigerian to scoop the individual prize.

The quartet of Austine Okocha, Peter Odemwingie, Odion Ighalo and Kelechi Iheanacho are the only Nigerians who have won the award in the past.