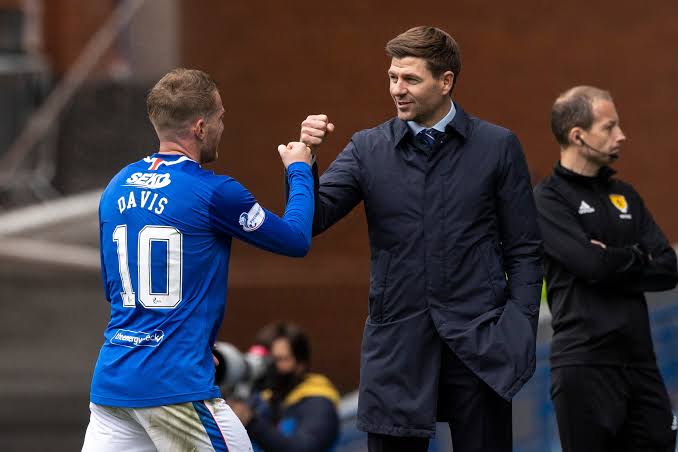 Rangers midfielder, Steven Davis, has revealed his disappointment towards the exit of Steven Gerrard at Ibrox, but he has supported the former Three Lions Captain to succeed at Vila Park.

Davis was brought into Rangers by Gerrard in 2019 and the Northern Ireland midfielder was pivotal for Gerrard’s side as they romped to the Scottish League title last season without a loss.

But the Liverpool legend exited the club on Thursday to become Aston Villa’s new boss following the dismissal of Dean Smith.

“Firstly, I thoroughly enjoyed working under him as his staff,”

“Obviously we’ve got great memories from last season going unbeaten, it was a great achievement. It’s disappointing to see him go, he had a good relationship built there and a good squad of players. Unfortunately that’s football.”

Davis who revealed that he has been in touch with Gerrard briefly since the news about his exit from Rangers broke, further wished him the very best in his new adventure.

“I wish him the very best moving forward. He’s going to be a top manager and already is.”

Meanwhile, Giovanni Van Bronckhorst has emerged as the favorite successor of Gerrard at The Gers who are four points clear of rivals, Celtic at the top of the log.

Rangers confirms the appointment of Giovanni Van Bronckhorst as manager