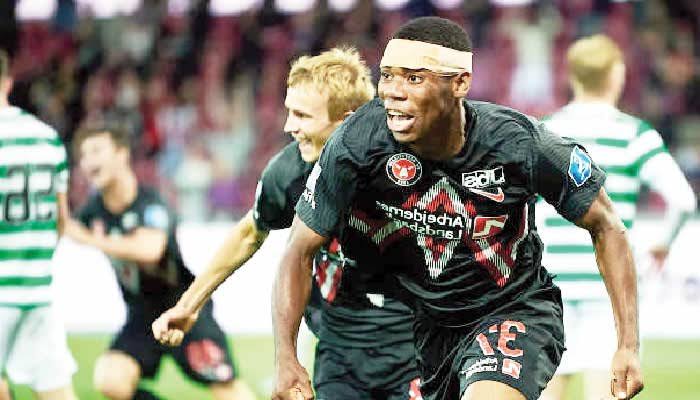 Nigeria’s midfield sensation, Frank Onyedika, has been announced as the Danish League’s October player of the month.

The 20-year old midfielder was instrumental in Midtjylland’s impressive run all through last month, scoring twice and recording an assist in his side’s four matches in October.

Onyedika was also voted the man of the match in Midtjylland’s win at Randers last weekend, the game in which he scored twice and made up for his club’s third goal.

The former FC Ebedei star has featured in 14 league games for Midtjylland this season and has contributed immensely to their good run of form, helping them sit comfortably at the top of the Danish Super League with 34 points from 28 matches.