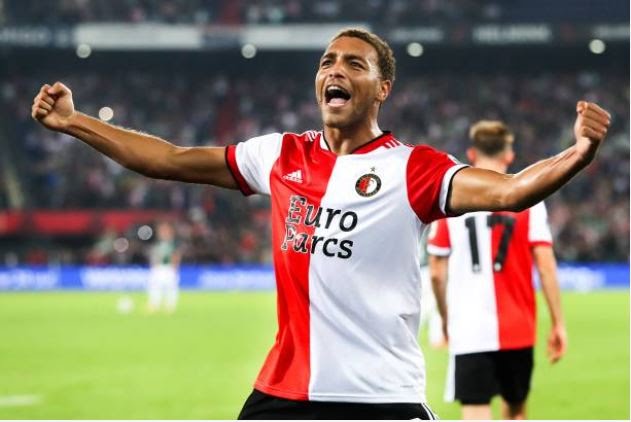 The 26-year old loanee from Genk added to his goal tally as his last gasp goal earned his third goal in the Dutch topflight league.

The matchday eleven in the Dutch Eredivisie sets up two Nigerian contingents, Cyril Dessers and Maduka Okoye, as their ambitious outfits strive for domestic league glory.

After an action packed first half that didn’t produce a goal, the Nigerian international was introduced in the second period and stole the show in the dying minutes of the enthralling encounter.

Super Eagles goalkeeper, Maduka Okoye, had earlier denied Dessers to give Feyenoord the lead shortly after coming on board but when it seemed the match was going to end in a draw, Dessers’ hardwork paid off.

Cyril Dessers slotted a sumptuous strike pass Okoye to give his side a much needed 0-1 away win from home.

The win lifts Slot Arne’s Feyenoord side to the fourth place on the log with twenty-two points while Okoye’s Rotherdam sits at the danger zone, seventeenth place precisely with seven points after eleven matches.