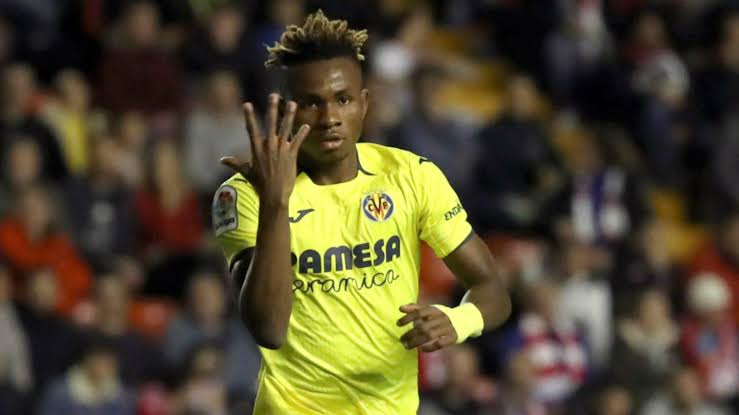 Super Eagles and Villareal winger, Samuel Chukwueze made it two goals in two matches since his return from Injury after scoring on Tuesday to help Villarreal whitewash lower division side Victoria CF in the first round of this season’s Copa Del Rey.

The 22-year old forward scored in the second half, precisely fiftieth minute to make it 5-nil in favor of the Spanish LaLiga side following an assist from Pervis Estupinan.

The Super Eagles winger who is just returning to full fitness featured for 90 minutes in the one-sided encounter.

It was a consecutive goal scoring form for the Nigerian forward who scored Villarreal’s only goal in their 3-1 home defeat to Barcelona last weekend.

I Want To Make History At Real Madrid – Vinicius Jnr