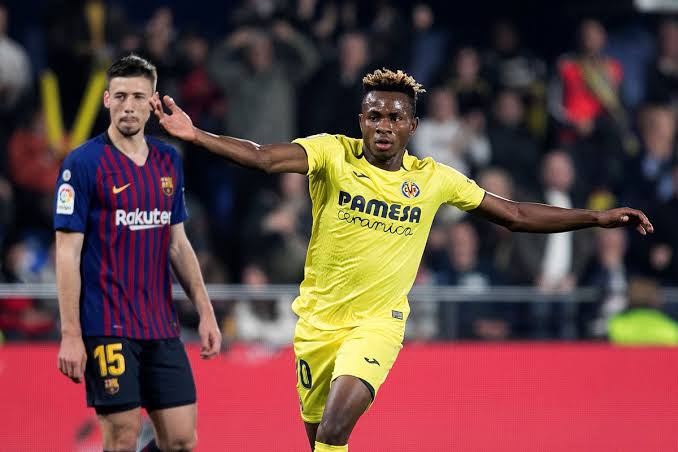 Villareal and Super Eagles winger, Samuel Chukwueze, scored his first league goal this season as the Yellow Submarines fell to a 1-3 home defeat against Barcelona.

The nimble footed winger who recently returned from a long injury layoff was brought on in the sixty-fifth minute and scored Villareal’s only goal after playing for just eleven minutes.

Frenkie de Jong had given the visitors the an early second half lead but the Nigerian forward cancelled out the lead when he calmly slotted a beautiful effort beyond Marc-André ter Stegen.

The goal was Chukwueze’s 3rd goal against the former Champions in recent meetings.

With the game evenly balanced and new Barcelona manager, Xavi Hernandez looking for his second win in a roll, the Yellow Submarines conceded two goals in six minutes late on to hand the Catalans all three points.

Memphis Depay scored in the 88th minute before Philip Coutinho made it 3-1 from the spot in the 4th minute of added time.

With the loss, Villarreal are on twelfth position with sixteen points and would be looking to return to winning ways when they travel to Sevilla next weekend.