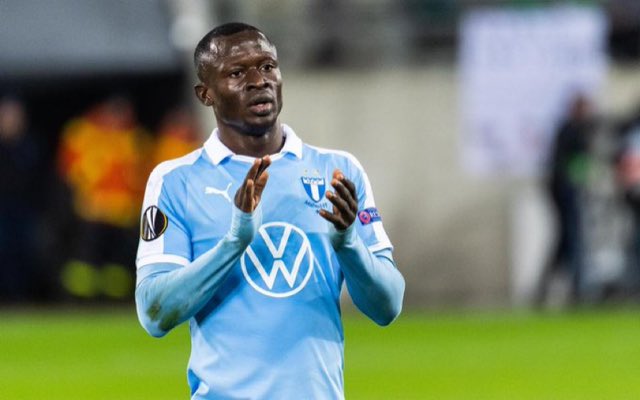 Bonke’s contract will expire at the end of the current campaign which will make him a free agent.

According to Sports Expressen, the 25-year-old is seeking a move to another club after spending four years with Malmo.

The combative midfielder linked up with Malmo from Norwegian club Lillestrom in 2017 and has become one of the key members of the squad.

The reports say he is looking for a good pay day as he heads towards the twilight of his career.

He has featured in all of Malmo’s UEFA Champions League four group games this season.

Bonke has also been capped twice by Nigeria.