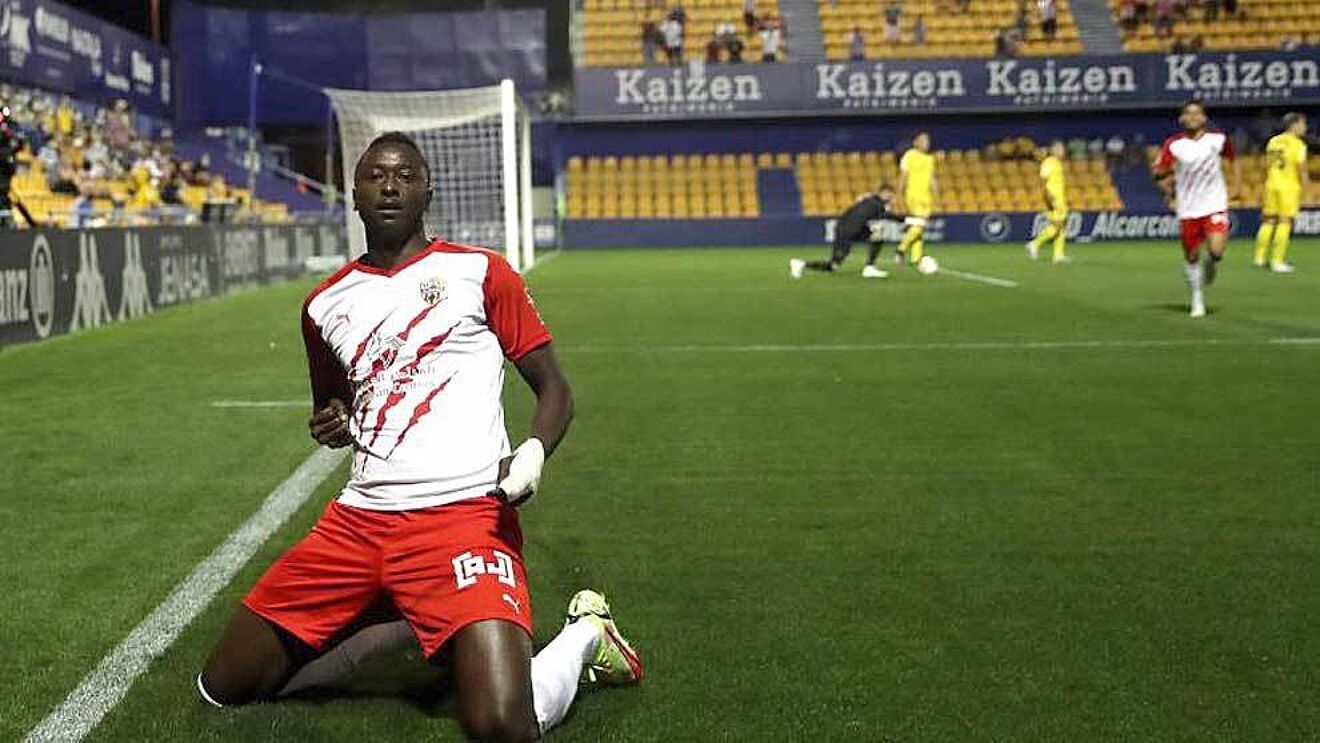 Barcelona have their sights on Nigeria forward Umar Sadiq as a potential replacement for Sergio Aguero.

Aguero is sidelined for the next few months due to a cardiac issue.

According to Spanish online news outlet Fichajes, Sadiq is being considered as an option to boost the Blaugrana’s attack.

The 24-year -old has has proved his ability as a quality goal scorer in the Spanish Segunda Division with Almeria.

The former Nigeria youth international has helped Almeria to the top of the table with his contribution of seven goals and six assists in 15 matches this season.

Barcelona could make a move for Sadiq during the January transfer window.

My Team Will Improve – Xavi Hernandez

Arsenal In Talks With Real Madrid To Sign Isco