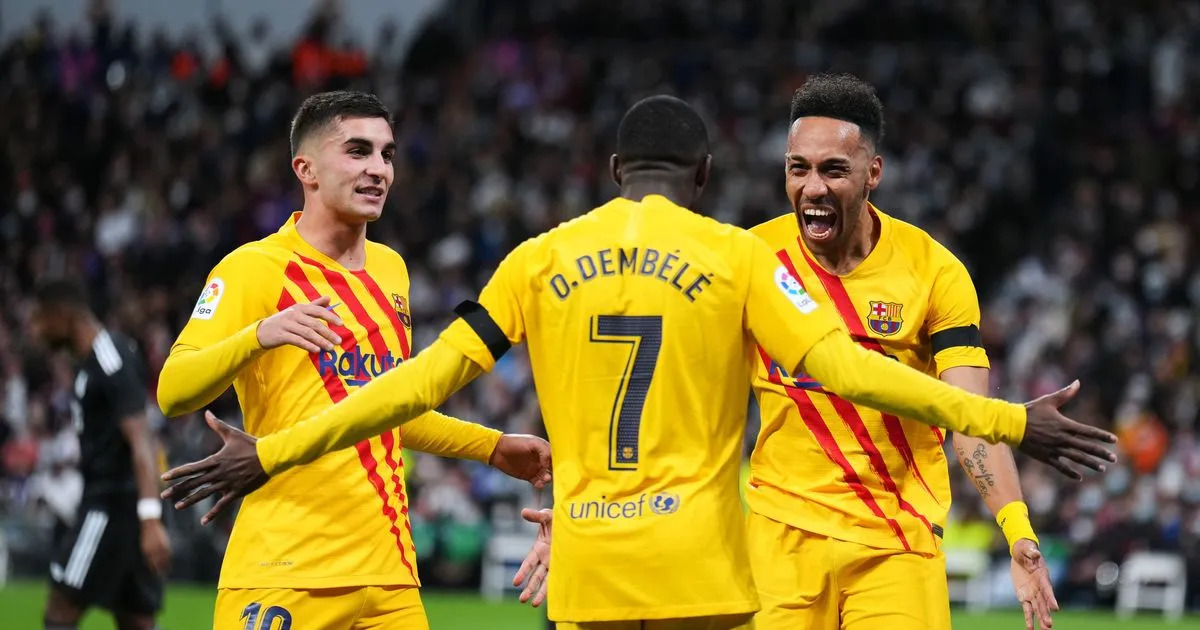 Xavi Hernandez said Barcelona’s 4-0 thrashing of Real Madrid could be transformative for the club after their Clasico demolition at the Santiago Bernabeu on Sunday.

Barcelona blew Madrid away as Pierre-Emerick Aubameyang scored twice either side of goals from Ronald Araujo and Ferran Torres.

The match was billed as a test of Barca’s progress under Xavi and they passed with flying colours, a humiliation of their fiercest rivals suggesting they are primed to challenge again for La Liga next season.

“It can change the dynamics of the present and the future,” said Xavi. “We had lots of chances and we were much better than Madrid, far superior. We deserved to score so many goals.”

Asked if Barcelona are back, Xavi said: “It can be. This is the right path.”

Madrid were admittedly without the injured Karim Benzema and Ferland Mendy while there could have been a degree of complacency, given they kicked off nine points clear at the top of the table after Sevilla were held to a goalless draw by Real Sociedad.

Aubameyang’s double means he now has nine goals in 11 games for Barcelona and the Gabon striker is looking like a superb January signing.

Pedri was outstanding again too — but this was a night for the bigger picture, as Barcelona’s revival made its biggest statement so far.

Shortly after the final whistle here, Pique tweeted: “We are back.”