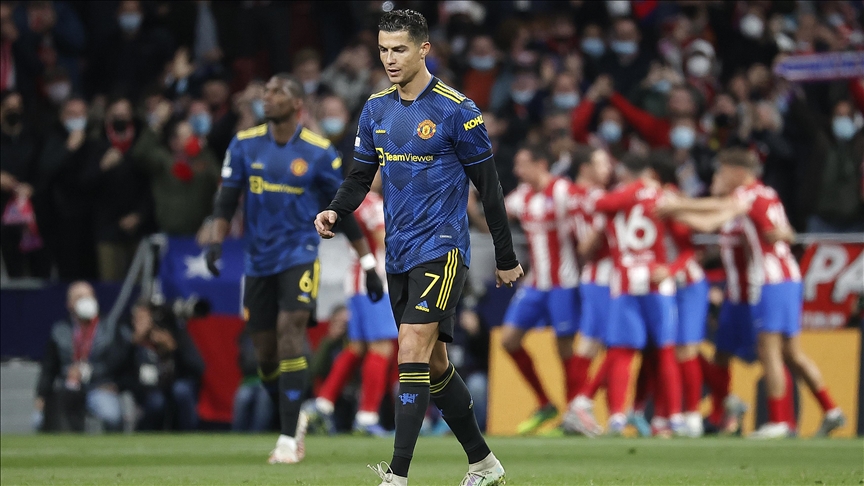 Atletico Madrid knocked Manchester United out of the UEFA Champions League, beating the English club 1-0 in a round of 16 second leg match Tuesday.

Brazilian defender Renan Lodi scored the winning goal for Atletico Madrid with a header in the 41st minute at Manchester’s Old Trafford stadium.

Thanks to his goal, the visitors bagged the quarterfinals ticket.

The first leg held at Madrid’s Wanda Metropolitano Stadium on Feb. 23 ended 1-1, so after their latest victory, Atletico Madrid won 2-1 on aggregate.

Following the home loss, Manchester United’s journey in Europe is over for the 2021-22 season.

Manchester United’s title drought continues as the Red Devils have not won any trophies since 2017 when they were the champions in the second-tier UEFA Europa League.

Benfica’s Uruguayan forward Darwin Nunez scored against Ajax in the 77th minute to secure a 1-0 win for the Lisbon club in Amsterdam.

In this way, Benfica won 3-2 on aggregate to reach the last eight in Europe’s top-tier club tournament.

Ajax have been eliminated and will now focus on the Dutch league.

Two other clubs will join these six teams after Wednesday’s matches.

The quarterfinals draw will be held on March 18 in Nyon, Switzerland.

The 2022 Champions League final will be played at the Stade de France in Saint-Denis on May 28.