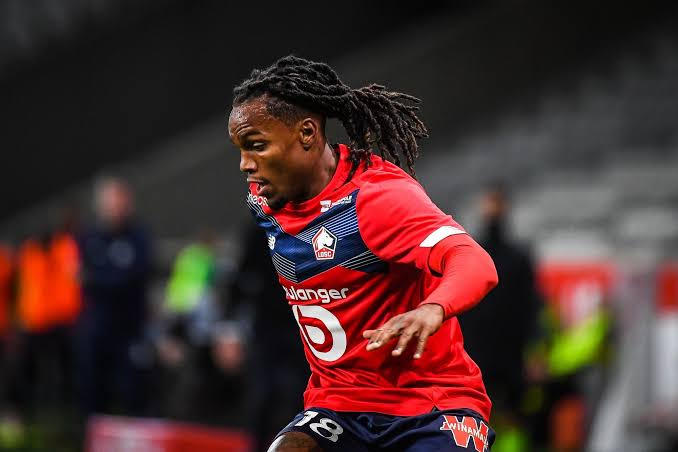 Arsenal are interested in bringing Lille’s midfielder Renato Sanches to the Emirate Stadium in January, according to reports from France.

The Portugal international’s contract is set to expire next summer and the Ligue 1 side are reportedly considering selling the former Bayern Munich star during the winter transfer window, if good offer is dangle at their table.

The Gunners have made their interest known to the Portuguese representatives, while Lille’s hierarchy are also said to be aware of Arsenal’s interest, according to French outlet Le 10 Sport.

Mikel Arteta could look to bolster his midfield in January with the signing of Sanches, in order to give the likes of Thomas Partey, Mohamed Elneny and Sambi Lokonga fresh competition in the middle of the pack.

With the Gunners’ Granit Xhaka ruled out until next year with a knee injury, the signing of Sanches would come in handy for the London club, in the absence of Partey and Elneny for January African Cup of Nations.

Arsenal and AC Milan are said to be most active in the pursuit of Sanches’ signature.

However, with other clubs across Europe also interested in securing the services of the Portuguese, signing Sanches will see the North London club face tough competition.