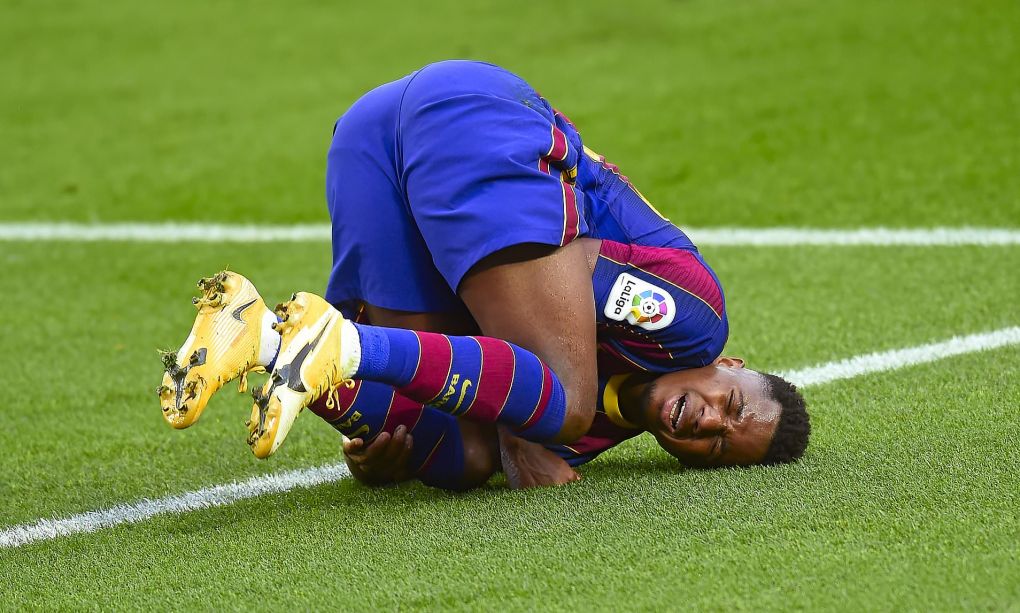 Barcelona have been dealt an injury blow ahead of their clash with Alaves on Sunday.

The Blaugrana have now suffered back-to-back defeats to Real Madrid and Rayo Vallecano, a run that saw Ronald Koeman lose his job.

Barca are left without a manager – B team boss Sergi Barjuan taking charge for now – and in ninth place.

This weekend, they take on an Alaves side who have improved of late, climbing out of the relegation zone with wins over Elche and Cadiz.

And ahead of the game, Barca have been dealt a fresh injury blow in the form of star striker Ansu Fati.

Fati limped off during El Clásico and missed the mid-week trip to Vallecas.

It has since been revealed that the 18-year-old suffered a blow to his right knee, which was not the one he had an operation on.

And he still hasn’t returned to group training ahead of this weekend and he will miss the home clash with Alaves.

Barca will hope to get Fati back for next week’s key Champions League clash with Dynamo Kyiv.

I should have sacked Ronald Koeman sooner – Joan Laporta