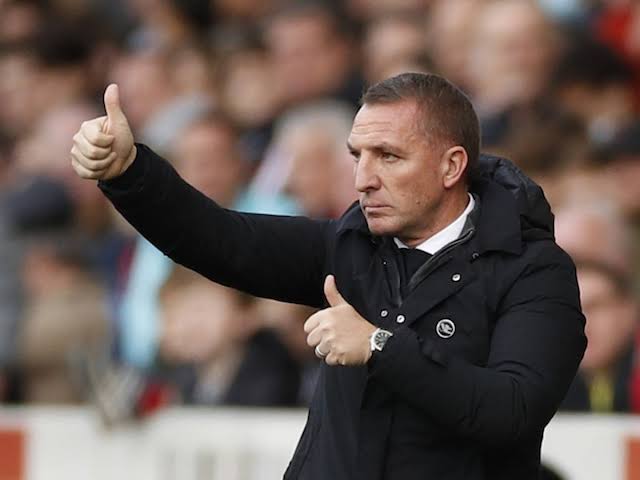 Leicester City manager Brenden Rodgers says he is fully committed to the Foxes amid speculation linking him with United job is not real.

The former Celtic boss is rumoured to be United’s number one target in replacing out of favor manager, Ole Gunnar Solskjaer at Old Trafford.

However, the 48 year old has branded the speculation linking him to United as “disrespectful.”

“I am here as the Leicester City manager, proud to be here, privileged to be here and fully committed.”

The Carnlough born coach added that, “I can’t comment on the speculation because it is not something that is real. All the other noise around that is something we can’t control.”

“It doesn’t frustrate me because my focus is always looking for the next game. The only club I am thinking about is Chelsea and getting ready for that.”

“It’s frustrating for our supporters and also my players. If anyone is to read anything that is out there then that can destabilize them.”

The Foxes will continue their campaign by hosting Chelsea at home tomorrow, and they’re currently 12th in the Premier League with 15 points from 11 games